Statement on the Forced Resignation of Alistair Hudson, Director of Whitworth Art Gallery 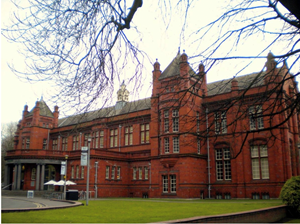 The Museum Watch Committee (MWC) expresses our deep concern regarding the forced removal of Alistair Hudson from his post as Director of the Whitworth Art Gallery, an institution under the University of Manchester.

The Museum Watch Committee (MWC) expresses our deep concern regarding the forced removal of Alistair Hudson from his post as Director of the Whitworth Art Gallery, an institution under the University of Manchester.
The proposal to dismiss Hudson after almost 4 years successfully directing both the Whitworth and Manchester Art Gallery comes as a great shock and the MWC demands that the conditions of his dismissal be made more transparent.

Hudson is alleged to be in the process of being dismissed due to the dispute over the Whitworth’s exhibition of Cloud Studies by the investigative agency Forensic Architecture, commissioned and produced by the Whitworth, the University of Manchester, and Manchester International Festival for the Festival’s 2021 edition. Cloud Studies is an investigation into environmental racism and included a section on the environmental degradation as a result of violence by Israeli forces in occupied Palestinian territories. As the conflict was seen to be worsening at the time of Cloud Studies exhibition, Forensic Architecture wished to put up a statement expressing solidarity with the people of Palestine against violence against its people and the destruction of their land. Hudson sought additional, expressed clearance from the University’s senior leadership for the artist to exhibit this statement, a roundly agreeable measure.

Regardless, Forensic Architecture’s statement was viewed as inflammatory by UK Lawyers for Israel (UKLFI), alongside the Manchester Jewish Representative Council (JRC), North West Friends of Israel (NWFoI), and the Manchester Zionist Central Council (ZCC). They cited the statement as being “factually incorrect and dangerously one-sided account on an extremely complex foreign policy issue.” It is clear that the UKLFI will take issue with findings on Israeli-occupied Palestine that runs contrary to their stance: the group had previously disputed the accuracy of Gaza Platform, also by Forensic Architecture, despite its findings being supported by several international Human Rights organisations.

The exhibited statement was removed, without consultation with the artist, after discussions between representatives of Manchester University, Whitworth Gallery, and the Israeli-related organizations. Vice-Chancellor Professor Dame Nancy Rothwell apologized for any “distress which has been experienced by members of our Jewish community in connection with aspects of the Cloud Studies exhibition, particularly the accompanying written statement.” Forensic Architecture only learned of the statement’s removal through UKLFI’s website and demanded that the exhibition be closed as its work had been compromised. Cloud Studies was closed for a brief period beginning 15 August 2021, during which Hudson led discussions between stakeholders to reach a compromise.

Despite pressure from all sides, Hudson’s mediation did manage a respectable compromise—the Whitworth reopened Cloud Studies accompanied by a framing statement, the UKLFI’s counter statement, and another from representatives of Palestine. A signed statement from Hudson was posted to Whitworth’s website explaining the Gallery’s decision and position to the public. Given the conviction of all parties as to their own positions and the urgency of having this exhibition stay open to the public it serves, the compromise reached was admirable. His arbitration ultimately allowed the exhibition to remain open to the public, maintained the integrity of the artwork with the artist’s agreement, and managed the relations of stakeholders involved.

The MWC strongly urges the University of Manchester to reconsider its decision to remove Hudson from his post, at least in part also owing to the implications of his removal on artistic freedoms in the UK and beyond. We hope there is an opportunity for talks between the University and Alistair Hudson to be open about the conditions of his dismissal, and that the University will be likewise open to hearing the concerns of the artistic community on this matter.