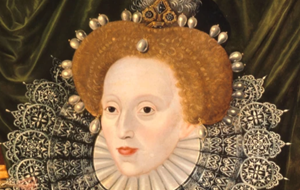 Her Majesty the Queen’s Platinum Jubilee in June represents a momentous cultural moment in celebration of her 70 years on the throne. As honoured partners of The Platinum Jubilee Pageant, Sotheby’s will present a month-long programme of exhibitions and events.

Her Majesty the Queen’s Platinum Jubilee in June represents a momentous cultural moment in celebration of her 70 years on the throne. Alongside being honoured partners of The Platinum Jubilee Pageant, Sotheby’s will present a month-long programme of exhibitions and events marking this joyous national milestone, which will complement our traditional fine art marquee auctions this Summer.

Spanning the visual, performing, literary and culinary arts, and providing a platform for the next generation of artists, the Jubilee season will showcase the breadth, diversity and excellence of British creativity. The galleries will be taken over by specially curated exhibitions of royal portraits, rare aristocratic jewels and important manuscripts, including works loaned from prestigious private collections from 28 May–15 June. Alongside the exhibitions, visitors will be welcomed to a diverse programme of talks, debates and musical and dramatic performances. These will center around the themes of arts and creativity, history and youth and future.

Coinciding with the Jubilee, Sotheby’s will also hold “British Art: The Jubilee Auction” on 29 June – a sale dedicated to the very best of British art, from the Old Masters, through 20th-century giants to some of the greatest living artists still working today. As part of Sotheby’s support of the Platinum Jubilee Pageant, the sale will include a new unique work of The Queen donated by Chris Levine, proceeds from which will benefit the Pageant. Further details on the auction highlights to be announced in due course.

As part of the programming, Sotheby’s is partnering with a number of Britain’s heritage brands and institutions each of whom will add their own stamp to the activities. Among them Chatsworth, home to the Devonshire family, who will be collaborating with Sotheby’s Restaurant, where the Jubilee menus will feature Chatsworth estate-reared lamb, fresh produce from the Chatsworth kitchen gardens, Chatsworth Gin cocktails and a range of locally-sourced ingredients from across the Derbyshire Dales.

Sotheby’s Jubilee celebrations and British Art auction will be presented in partnership with ultra-luxury performance car manufacturer Aston Martin. Founded in 1913, Royal Warrant holder Aston Martin has been at the heart of British design throughout the Queen’s reign and fuses the latest technology, time honoured craftsmanship and beautiful styling to produce a range of critically acclaimed luxury models. The partnership with Sotheby’s will celebrate Aston Martin’s 109 years of British design and engineering mastery.