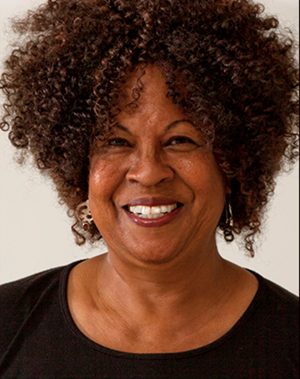 The Nasher Sculpture Center announces American artist Senga Nengudi as the recipient of the 2023 Nasher Prize, which was established to honor a living artist who elevates the understanding of sculpture and its possibilities.

The Nasher Sculpture Center announces American artist Senga Nengudi as the recipient of the 2023 Nasher Prize. Now in its seventh year, the Nasher Prize is an international award for sculpture, established to honor a living artist who elevates the understanding of sculpture and its possibilities. Nengudi will be presented with an award designed by Renzo Piano, architect of the Nasher Sculpture Center, at a ceremony in Dallas on April 1, 2023.

Nengudi is best known for her sculpture and performance works that speak to the fragility and resilience of the human body, individual agency, and the importance of collaboration and friendship. Her practice has come to encompass poetic, enigmatic objects and installations alongside performances, films, and photography. Over a career spanning more than five decades, Nengudi’s achievements have had a significant impact on contemporary art history. Nengudi will be the subject of a major, long-term exhibition at Dia Beacon, opening February 17, 2023.

“We are honored to award the 2023 Nasher Prize to Senga Nengudi,” says Nasher Sculpture Center Director Jeremy Strick. “Throughout her career, Nengudi has helped push the boundaries of the field of sculpture, inviting the world to reconsider the temporality of sculptural works, where these works can be displayed, and the materials out of which they can be composed.”

Born in 1943, Nengudi spent her early years with her mother in California, where she developed a passion for art and dance. She went on to study both disciplines at California State College Los Angeles (CSCLA), where she earned a master’s degree. Her career began in earnest in the mid-1960s, coinciding with many significant historical movements in the United States, including the civil rights movement, the women’s movement, and second-wave feminism. These events had a deep influence on the artist, spurring her to produce ephemeral, abstract, and performance-based work taking issue with concepts of race, gender, ethnicity, labor, and the passage of time. While initially underappreciated Nengudi’s work has since expanded the understanding of what can be defined as political art.

After traveling to Japan and New York, Nengudi returned to Los Angeles and became a member of Studio Z, along with artists David Hammons, Maren Hassinger, and others. Here they collaborated and experimented with discarded materials and overlooked spaces, including highway underpasses. In 1974, Nengudi began to employ used pantyhose in her practice. She often collaborated with Hassinger, who interacted with the artist’s web-like sculptures of pantyhose, extending them as a setting for performance art.

Pantyhose remain a defining feature of Nengudi’s art to this day. She stretches, fills, and knots them as an allusion to bodies and flesh – particularly that of women. The works elicit pain, age, violence, and temporality, and are prone to wear with time. Nengudi also evokes the physicality of the body's anatomy through other materials, such as water, sand and powdered pigment, many of which evaporate, disintegrate, or otherwise do not last. The transient nature of both her sculpture and performance work makes documentation an essential part of the art. Resisting the convention of permanence in sculpture, many of Nengudi’s early works are only known through her notes, photographs, and film recordings.

“An artist’s supposed greatest desire is the making of objects that will last lifetimes for posterity after all,” said Nengudi. “This has never been a priority for me. My purpose is to create an experience that will vibrate with the connecting thread.”

Some of Nengudi’s most notable works include Ceremony for Freeway Fets (1978), a performance organized by the artist featuring Hassinger, Hammons, and Nengudi herself dancing under a Los Angeles freeway underpass, its support columns festooned with Nengudi’s pantyhose sculptures; the Water Compositions series, made up of plastic sacs filled with colored water in shades of red, purple, green, blue, yellow, and orange; and the R.S.V.P. series, in which Nengudi filled secondhand pantyhose with sand, stretching and elongating them across the floors, walls, and corners, to suggest sagging or distended bodies. This series made its public debut at Linda Goode Bryant’s Just Above Midtown Gallery in 1977, and an iteration (R.S.V.P. I, 1977/2003) is currently on view as part of the Museum of Modern Art’s permanent collection in New York City.

“The choice of Senga Nengudi is both timely and wonderful,” said Nasher Prize juror Lynne Cooke. “The fact that she makes work with these everyday means that had no history within sculpture and were of no great value is something that means a lot to younger artists as well as to a wider audience. Nengudi shows that you don’t have to have massive resources or be working with expensive materials. You can take the everyday and use it to throw light on issues around how we as humans, as people, inhabit space and how bodies are conditioned and almost morphed by different forms of repetitive activities. Her work is truly remarkable, and we are delighted to honor her with the 2023 Nasher Prize.”