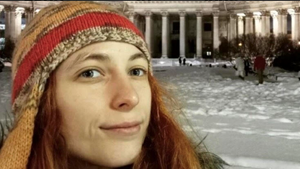 A Russian court has ordered an artist to be held behind bars for allegedly replacing supermarket price labels with messages protesting Moscow’s military campaign in Ukraine.

A Russian court has ordered an artist to be held behind bars for allegedly replacing supermarket price labels with messages protesting Moscow’s military campaign in Ukraine.
Alexandra Skochilenko faces up to 10 years in prison for her stealth protest after she was charged under a new law banning “fake news” about Russia’s armed forces.
The court of the Vasileostrovsky district in St. Petersburg has ruled that Skochilenko must remain in pre-trial detention until May 31, the court’s press service said on Telegram.
Investigators accused her at a supermarket in Perekryostok on March 31 of “putting scraps of paper in place of price tags, which knowingly contain false information about the use of the Russian armed forces”. 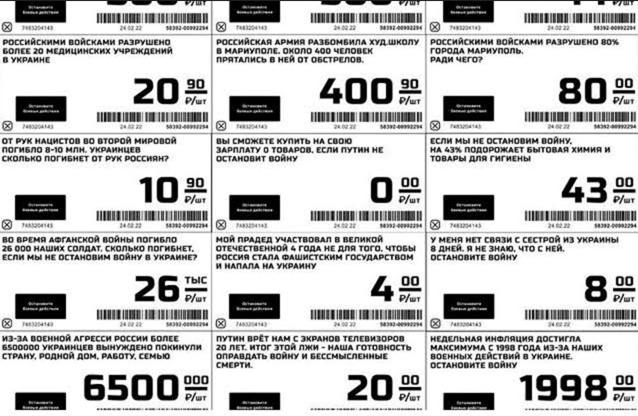 They described her motive as “political hatred of Russia”, meaning she could face a severe sentence if found guilty, ranging from a fine of 3 million rubles (£27,000) to between five and 10 years in prison.
Skochilenko describes himself on Instagram as an independent artist and musician. She was fined 10,000 rubles in March for participating in a protest on February 24, the day Russian troops invaded Ukraine.
“I do not support the war in Ukraine. I took to the streets today to say that out loud,” she wrote on Instagram.
She smiled and made V-signs in the cage for suspects in court, local news website fontanka.ru reported.

The law against “fake news” makes it mandatory to publicly describe Moscow’s actions in Ukraine as a “special military operation”, otherwise one could face up to 15 years in prison. This has caused several media outlets to stop reporting in Russia.

The St Petersburg court ruled that Skochilenko posed a flight risk because she does not live at her officially registered address and was previously fined for a protest.

In the Russian city of Kazan, activists replaced the price tags in food stores with messages of anti-war excitement. Photo: Handout
The artist has reportedly created a series of postcards with slogans such as “Violence is never the way out” and images of peace symbols and the Ukrainian flag.

On Tuesday, Andrei Makedonov, a 59-year-old doctor, was detained for a similar supermarket protest in St Petersburg, Fontanka reported.

Also on Tuesday, another resident of St Petersburg, Tatiana Popova, was fined 30,000 rubles for hanging toys with “no to war” slogans in a supermarket.