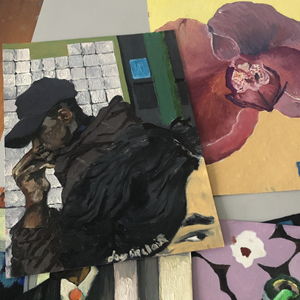 New York’s Rema Hort Mann Foundation has announced the recipients of its emerging artist grants, which come with $10,000 each.

The grants program is closely watched by many because it has historically supported New York–based artists who go on to receive widespread recognition. Among the artists who have received grants through the program in the past are David Altmejd, Deana Lawson, Dana Schutz, Sarah Sze, Mickalene Thomas, and Kehinde Wiley.

This year’s winners include Shanzhai Lyric, a duo composed of Ming Lin and Alexandra Tatarsky whose installations figured prominently in MoMA PS1’s Greater New York show last year, and Asif Mian, who had a solo show at the Queens Museum last year.

More than 100 artists working in New York were invited to apply for the unrestricted grant, which was decided in a closed-call nominations process by a group of 50 curators, artists, critics, and art historians.

Making up this year’s selection committee was Matthew Higgs, director and chief curator of White Columns; Susan Hort, a cofounder of the Rema Hort Mann Foundation; Racquel Chevremont, a curator and art consultant; and artists Trudy Bensonand Antone Konst, who was a 2017 Emerging Artist Grant recipient.