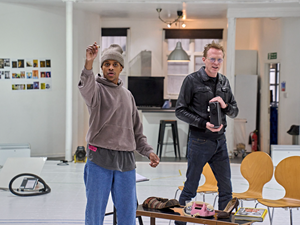 When Basquiat agrees to collaborate with Warhol on a new exhibition, it soon becomes the talk of the city. As everyone awaits the ‘greatest exhibition in the history of modern art’, the two artists embark on a shared journey, both artistic and deeply personal, that re-draws both their worlds. 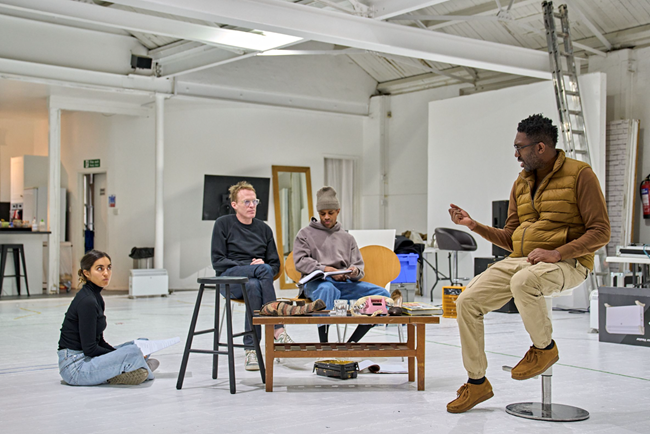 Paul Bettany, multi award-winning actor (The Avengers, WandaVision, A Very British Scandal) is the iconic Warhol alongside two-time Tony Award nominee Jeremy Pope (Hollywood, Choir Boy, Ain’t Too Proud: The Life and Times of the Temptations) as the magnetic Basquiat, with the complete cast also including Sofia Barclay and Alec Newman. The Collaboration is Written by Anthony McCarten, and Directed by Kwame Kwei-Armah, with Set and Costume Design by Anna Fleischle, Lighting Design by Mark Henderson, Sound Design by Emma Laxton, Projection Design by Duncan McLean, Composition by Ayanna Witter-Johnson, Casting by Isabella Odoffin CDG, DJ/VJ by Xana, Assistant Direction and Production Dramaturgy by Olivia Nwabali and Associate Design by Tina Torbey.