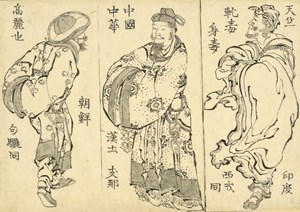 This Autumn, over 100 newly rediscovered drawings by Japanese artist, Katsushika Hokusai (1760–1849) will go on public display for the very first time at the British Museum.

This Autumn, over 100 newly rediscovered drawings by Japanese artist, Katsushika Hokusai (1760–1849) will go on public display for the very first time at the British Museum.

The existence of these exquisite small drawings – 103 in total – had been forgotten for the past 70 years. Formerly owned by the collector and Art Nouveau jeweller Henri Vever (1854–1942), they resurfaced in Paris in 2019, the same city where they were last publicly recorded, at an auction in 1948. The drawings are thought to have been in a private collection in France in the intervening years and unknown to the wider world. 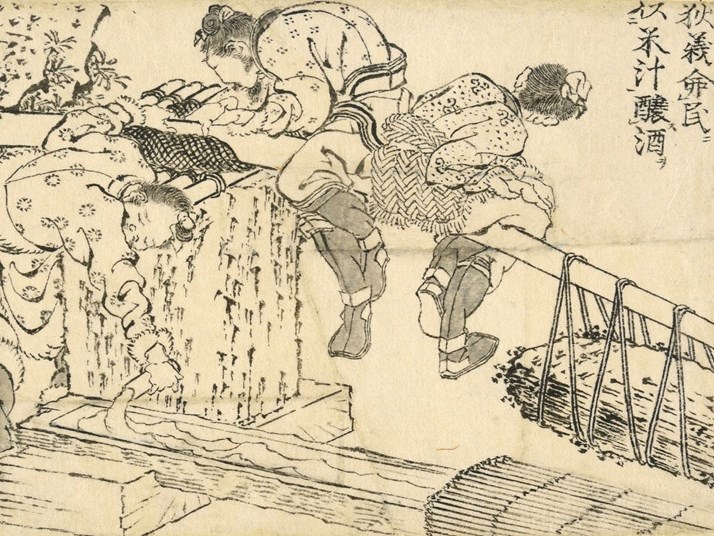 The drawings illustrate a broad range of subjects related to China, India and the natural world: from religious, mythological, historical, and literary figures, to animals, birds and flowers and other natural phenomena, as well as landscapes. Many subjects here are not found in any other Hokusai works.

At the time Hokusai conceived The Great Picture Book of Everything, Japan was in a form of lockdown. From 1639 to 1859, under the government of the Tokugawa shoguns, people were forbidden to travel abroad. Despite these restrictions and never leaving Japan, Hokusai allowed his imagination to roam over continents and dynasties back to the very roots of human civilisation. In this unique group of drawings, the artist’s animated figures dramatise the origins of Buddhism in India and the development of habitation, fire, agriculture, weights and measures and even ricewine brewing in ancient China. 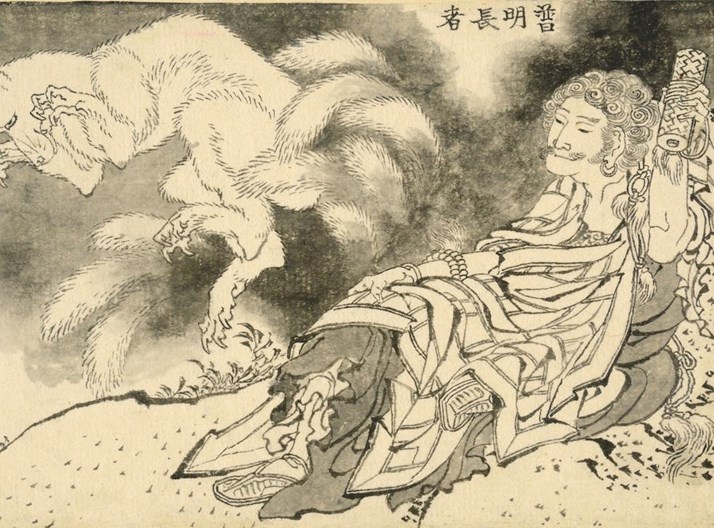 The British Museum has one of the most comprehensive collections of Hokusai works outside of Japan. Visitors to the exhibition will have a chance to see two Edo-period (1615-1868) examples of Hokusai’s most celebrated print Under the Wave off Kanagawa (1831), popularly called The Great Wave.

These wonderful, lively drawings, each the size of a picture postcard, shouldn’t have survived. They are neat, line-perfect, so-called ‘block-ready’ drawings (hanshita-e). If the book they were intended for had been published, a professional block-cutter would have pasted each one face down onto a plank of cherry wood and cut through the back of the paper with chisels and knives to create a finely detailed printing block. This process would have destroyed the drawings. Instead, once they were no longer required for the abandoned publishing project, they were carefully mounted on cards and kept in a purpose-made wooden storage box. In that way, they were converted from working drawings into a set of works of art for individual contemplation.

The beautiful drawings will be reproduced in print for the first time since their creation, as originally intended, for the accompanying book, Hokusai: The Great Picture Book of Everything, by Timothy Clark, published by the British Museum.

As a major discovery, the drawings provide valuable new insights into Hokusai’s life and work. They link closely with other important groups of drawings by Hokusai in the Bibliothèque nationale de France in Paris and the Museum of Fine Arts, Boston. The set has been analysed using the British Museum's knowledge representation system, ResearchSpace, supported by the Andrew W. Mellon Foundation. Experts at the Museum, in collaboration with scholars and collections worldwide, are working to establish meaningful connections between the drawn features in the 103 drawings and other works by Hokusai, and to wider social interconnections – people, places, time, events, ideas, and technology. This will help place Hokusai, a genius observer of human behaviour, within a larger historical context. Since the acquisition, two Hokusai letters have been discovered which mention The Great Picture Book and suggest the drawings might have been made in the 1840s, when the artist was in his eighties. The position of the drawings within a long lineage in East Asian 'picture encyclopaedias' has also become more clearly apparent.

All 103 drawings are now available to see via the British Museum’s Collection online, including the ability to see the drawings up close, using zoom technology from the International Image Interoperability Framework (IIIF). This allows the fast, rich zoom and panning of images so viewers can see them in detail. This work was carried out at pace by a dedicated team of staff during lockdown, ensuring the public had access to these new works while the Museum was closed due to the pandemic.

Hokusai is considered by many to be Japan’s greatest artist and has been recognised internationally since the Japonisme era of the 1870s, two decades after his death. During his 70-year career, he produced a considerable oeuvre of some 3,000 colour prints, illustrations for over 200 books, hundreds of drawings and over 1,000 paintings. Hokusai quickly abandoned the narrow subject matter traditionally associated with the ‘floating world’ (ukiyo-e) school he originally trained in, such as images of popular actors and courtesans. His ambition was to create images of universal appeal, imbued with powerful life force, encompassing the whole range of subjects in worlds real and imagined. 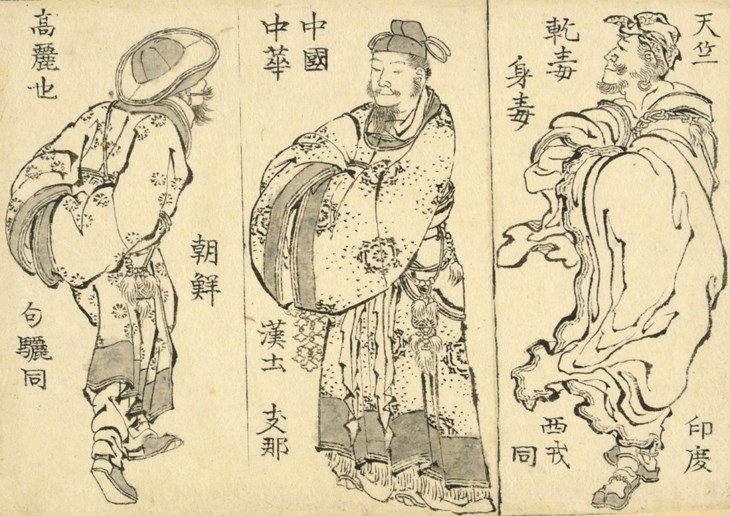 Hartwig Fischer, Director of the British Museum, said: “Hokusai’s art combines boundless invention, subtle humour and deep humanity. In recent years the British Museum has explored his vast oeuvre through research and exhibitions. These important works were shared with the world during lockdown through our Collections online as high-quality digital images. We are delighted to continue this work with this display and the accompanying publication. I would like to thank The Asahi Shimbun for sponsoring this exhibition as part of their longstanding support of our display programme.”

Alfred Haft, JTI Project Curator for Japanese Collections, British Museum, said, “Katsushika Hokusai’s brush-drawings for The Great Picture Book of Everything burstwith energy. As the artist himself hoped, each dot and each line almost seems to have a life of its own. This remarkable rediscovery will speak to anyone who loves Japanese art or simply the art of drawing.”