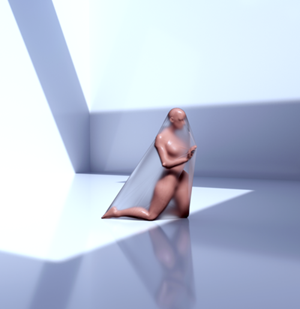 Powerplay promotes the digital arts scene in Africa and presents work by digital artists who are from or based in Nigeria, South Africa, Zimbabwe, Nairobi and the UK in collaboration with the National Gallery Zimbabwe (NGZ). The exhibition discusses the use of technology in creating a sense of identity and place within a digitised world, addressing gender, politics of borders and migration, dark markets of trade and the juxtaposition of isolation and communities forced out of working within a digital nature.

POWERPLAY promotes the digital arts scene in Africa and presents work by digital artists who are from or based in Nigeria, South Africa, Zimbabwe, Nairobi and the UK in collaboration with the National Gallery Zimbabwe (NGZ). The exhibition discusses the use of technology in creating a sense of identity and place within a digitised world, addressing gender, politics of borders and migration, dark markets of trade and the juxtaposition of isolation and communities forced out of working within a digital nature. Taking place both online and offline, the multi-sited exhibition format interrogates the proximity between the virtual and the real. 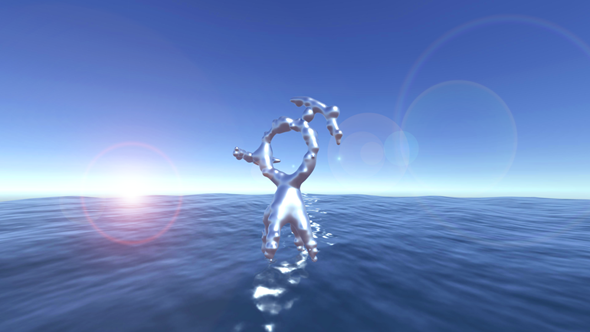 Through newly commissioned and re-imagined work, POWERPLAYexplores the nuances of working with digital media in a digitised world by looking into the reproduction and commodification of the self, consent and surveillance online and offline, and the exploitation and censorship of data, ideas and behaviours. Through the use of existing infrastructure within the gallery and around the city, as well as the pseudo-advertisement aesthetics seen in the CGI printed works and the Virtual Reality iteration of the exhibition, the artworks proliferate and infiltrate this system to question our agency and power over surveillance and capitalism.

Plays of power are seen throughout online and real life interactions. From politicians threatening to use military or economical power as coercion, to the gaming world where a power play takes place as a battle. Power is also denoted in chat rooms or online community forums often by using hate speech and methods of mental manipulation to initiate formations of groups of like-minded people who are hostile to dissenting opinions regarding a given topic. 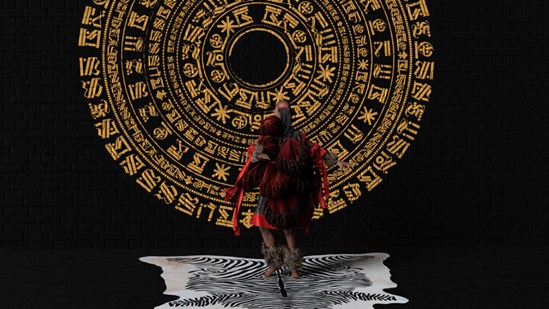 Technology is used as a tool to demonstrate power - from data collection by black-box algorithms to the major tech companies monopolising the market - the ways we converse, vocalise our opinions and integrate are increasingly becoming more digitised and therefore unstable. Technology can seem intangible and removed from a sense of personability, however it can also reinforce a sense of place and identity -  this is formalised in the exhibition through a reconnection to the physical world by challenging the traditional modes of display, and incorporating screen based works with physical ephemera, alongside a virtual reality version of the exhibition, where the work is stretched being its physical or material limits and context henceforth collapses.

Overall, the various creative technologies, software and hardware in the exhibition are used with purpose and intent to address the tensions and consequences of producing work linked to immateriality, the individual and the collective, and misrepresentation of words and meaning both online and offline. Technology creates an interrelated mesh of connections, clients and contacts in a global network, and this network is solidified in the artists’ various locations across Africa, Europe and America, but is also conceptually consolidated in the subtleties and nuances of each work. 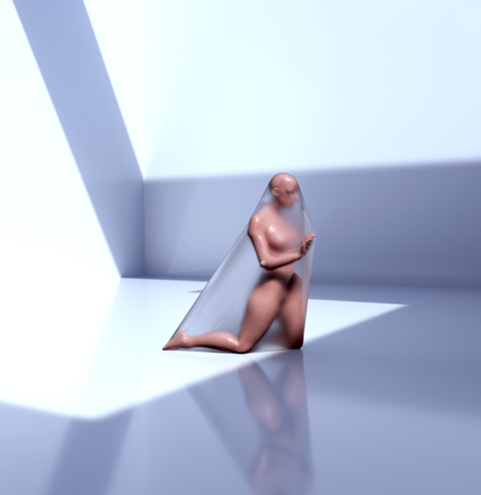 Tito Aderemi Ibitola uses GIFs as a medium to make connections between migration and desirability of space, playing on the political categorisation of the term "alien" and how the artist feels her own black body is read. This links to Isaac Kariuki who makes comparisons between the sale of (counterfeit) goods on the blackmarket to the displacement of people living outside of mainstream economy. Here, a connection to life and living is made between online and offline connections, whereby the inside and outside of normative roles are examined through Google Maps and trading on the darkweb.

Also questioning copyright as a tool of power is Vincent Bezuidenhout and his work DVDRIP which originated during the rise of illegal file sharing, or ‘pirating’ of movies online. In the spirit of Harun Farocki’s ‘operative images’ and aesthetically reminiscent of Glitch Art, screen captures are employed in the work in order to create a photographic representation of this phenomena of the corruption of digital information. His other work Jsoc_picsconsists of images appropriated from the Instagram accounts of members of Joint Special Operations Command, USA. The faces of all the soldiers in these photographs are redacted and are imbued with all the characteristics of traditional masculinity, yet the act of self censorship reveals elements of fear and shame. By printing the images on the most basic elements of American consumerism (mugs, jigsaws, keychains etc)  Bezuidenhout reduces the images to commodities and undermines the meaning of this kind of proliferation of the ‘selfie’ in the process.

Scumboy’s work shows avatars in various states of entrapment; both physically and mentally. Human emotion is expressed in two ways here through a writhing body unable to comprehend the situation and through positive movement in a body dancing in the acceptance of being powerless. Dance is brought into a different space with King Debs’ work whereby the power of gender is interrogated in a ritual performed by a woman figure through the artists male gaze. In the work, Lerato who is a young Tswana Queen, seen draped in a crimson and black garment, dances to appease the Bantu ancestors. An open dialogue of the worldwide treatment of women is presented here in the form of respect, appreciation and the learning/unlearning of the male gaze to the female body.

Utilising language in the form of calligraphy, prayer and shapes is seen in both King Debs’ work and Kumbirai Makumbe who posit new ways of understanding a transcendence of the human. For Kumbirai, an unnamed protagonist talks to Eywa, an artificial intelligence, who assists in ‘ascension’ of the body into code. The work more broadly looks at a non-exclusionary to new ways of being, with an anti-hierarchical approach to interconnectedness of people, ideas, and speculations on the future of society.

Mbakisi Sibanda’s work portrays the feeling of being isolated online whilst also being hyper-connected; the contradiction here plays out in the form of a new video work and accompanying print identifying the dark nature of how the internet affects mental and physical health, as well as social disintegration and social anxiety. Also taking at an emotive response to power, Mr. Color’s large banner print tells the story of the creation of a new type of android, one with consciousness and sentient feelings, where energy particles formed from shared consciousness and transfer of energies between bodies. The work questions collectivity, and how positive and powerful energies can combine to create new ways of thinking. 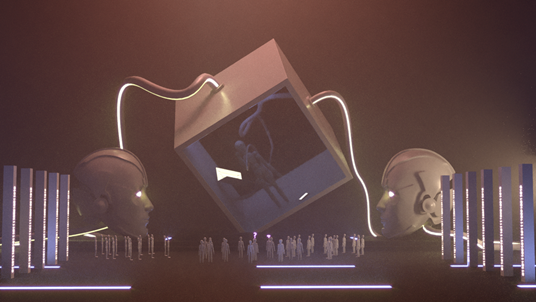 The artists' works will be shown as a two-month multimedia installation in the NGZ in Bulawayo. Throughout the duration of the physical exhibition, the artworks will be available to view on arebyte on screen (AOS), arebyte Gallery’s digital art channel, through a virtual tour of the Bulawayo gallery space made using Unreal software by UK based artist Christopher MacInnes. Viewable 24/7 via a dedicated screen and Virtual Reality headset in arebyte Gallery’s window, the virtual tour will also be broadcast on dedicated monitors located in the NGZ in Harare and Mutare, as a way to further promote the artists and the exhibition. Visitors will be able to interactively explore the different works through a Virtual Reality headset allowing them to navigate the multimedia installation in Bulawayo.  The Virtual Reality version of the exhibition will then travel to the NGZ in Mutare and Harare.

The exhibition will be part of arebyte Gallery’s 2020 programme systems which discusses the erratic interplay between global infrastructures and economics, computer and technological systems, which have become the carrier for emotional, political and ecological agendas.

This exhibition is supported by the British Council’s New Art New Audiences grant.