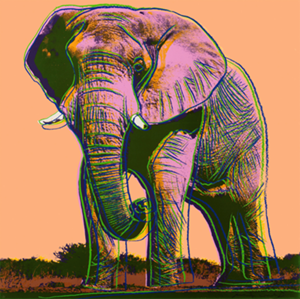 Works by Warhol, Chagall, Hockney, and Basquiat Lead Auction on 24-26 October, with category seeing a continued increase in market participation.

This October, Phillips’ New York Editions auction will offer over 400 lots spanning the 20th and 21st centuries, including prints and multiples from some of the most important creators of the last hundred years. On view from 17-24 October at 432 Park Avenue, the sales will take place over the course of three days, with the Evening Sale commencing on 24 October and three Day Sale sessions following on 25 and 26 October.

Kelly Troester and Cary Leibowitz, Deputy Chairmen and Co-Heads of Editions, said, “From Marcel Duchamp to Alex Katz, our October auction brings together a breadth of material that defines the very best of the Editions category. Featuring an impressive number of complete sets from artists such as Andy Warhol, James Turrell, Damien Hirst, Joan Miro, H.C. Westermann, Mark Bradford, Joseph Albers, and Robert Indiana, this sale offer collectors a perfect opportunity to acquire works of such art historical value and quality. We are also proud to offer several lots from different consignors that are being sold to benefit particularly worthwhile causes, including Print Center New York, the Galápagos Conservancy, Inc., and the Geisel School of Medicine at Dartmouth College.”

Lead by the complete set of Ten Portraits Of Jews Of The Twentieth Century, an expansive selection of Andy Warhol prints spans the some of the most iconic subjects of his print oeuvre. Seven lots by Warhol come from the collection of Daniela Morera, a close friend of the artist who also served as the Italian correspondent and later European editor of his Interview Magazine and the subject of several of the Warhol’s polaroid and silkscreened portraits. Continuing with fantastic provenance, African Elephant from Endangered Species is being sold by the Galápagos Conservancy, Inc., which originally received the this print in 1983 as a gift of the artist from the edition intended for wildlife organization. From Marilyn to Campbell’s Soup, twenty-seven lots across our sessions will draw on a wide variety of Warhol’s series: Mickey Mouse from Myths, Queen Elizabeth II of the United Kingdom from Reigning Queens (Royal Edition), Mick Jagger, Mao, Muhammad Ali, Electric Chairs, and Flowers.

Another stellar set of lots from the Evening Sale are a fabulous group of Modern portfolios by Marc Chagall, Le Cirque, Daphnis et Chloé, and Poèmes. The works feature ultimate romantic narratives with life-affirming spirit, combining the visual experience with equally important poetic text and design. Phillips is excited to offer three of the artist’s most highly recognized illustrated books or livre d’artiste from the 1960’s, printed and published by the most important French workshops at the time. Daphnis et Chloé was directly influenced by the revival ballet by Maurice Ravel at the Paris Opera house which Chagall created sets and costumes for. They chronicle the love story between a goat-herder Daphnis and the shepherdess Chloé that fueled the creation of Chagall’s most important series lithographs.

Continuing with Modern highlights, the Evening Sale contains two works from Andrew and Sandy Ovenstone, owners of Stellenberg, Cape Town, South Africa. Brought to the sale from the collection are Henri Matisse’s La Danse (D. 247) and Pablo Picasso’s Danaé (B. 1084, Ba. 1286). The composition for La Danse originated as a commissioned mural for the main gallery of the Barnes Foundation in Merion, Pennsylvania. Given complete creative freedom, we see Matisse’s lifelong love of dance reflected in the  figures leaping across the frieze-like composition, flowing together and creating a rhythm with the planes of color behind them. In Danaé, Picasso’s lifelong inspiration from Greek mythology is specifically referenced with its ties to The Metamorphoses, written by the Roman poet Ovid. Played out through rich colors in this linocut, a fresh layer of vibrancy is added to the ancient story that chronicled the history of the world with a loose mythical framework.  Proceeds from the sale of this work will help to fund new acquisitions by contemporary South African artists.

Across the day sale, nine lots will be sold to benefit the Print Center New York and support their mission as a leading non-profit exhibition space dedicated to exploring the dynamic and accessible medium of print within broader artistic and cultural discourses. Coinciding with the opening of their new space on West 24th street in New York, the sale of these prints will assist with the expanded programming and cultural footprint of their organization.