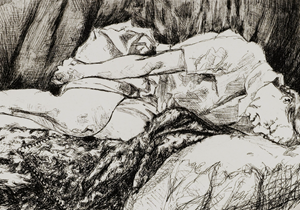 The Armory Show has partnered with Cristea Roberts Gallery to show a special presentation of Paula Rego's Abortion Etchings. The exhibit will be on view in the Crystal Palace of the Javits Center during the 2022 edition of the fair.

The Armory Show has partnered with Cristea Roberts Gallery to show a special presentation of Paula Rego's Abortion Etchings. The exhibit will be on view in the Crystal Palace of the Javits Center during the 2022 edition of the fair.

“IT HIGHLIGHTS THE FEAR AND PAIN AND DANGER OF AN ILLEGAL ABORTION, WHICH IS WHAT DESPERATE WOMEN HAVE ALWAYS RESORTED TO. IT’S VERY WRONG TO CRIMINALISE WOMEN ON TOP OF EVERYTHING ELSE. MAKING ABORTIONS ILLEGAL IS FORCING WOMEN TO THE BACKSTREET SOLUTION.”—PAULA REGO, 2019

Dame Paula Rego RA (1935 - 2022) was an important and celebrated figurative artist who placed women’s lives and stories at the center of her work. Ranging from paintings to pastels, and from prints to sculptural installations, her works explore the themes of power, rebellion, sexuality and gender, grief, and poverty.

The body of prints produced over the course of Rego’s career possess the same imaginative power often seen in her paintings. These complex graphic works, presenting a world shaped by patriarchal power, have carried her ideas and stories to wide audiences. 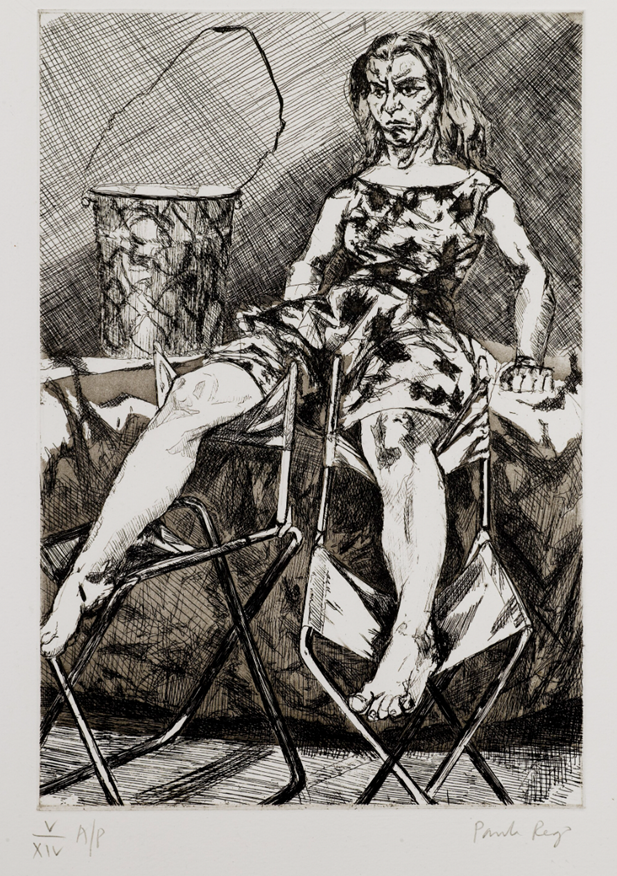 In 1998 a referendum to legalize abortion in Rego’s home country of Portugal failed. A predominantly Catholic country, Portugal had restrictive laws on abortion dating back to its criminalization under Prime Minister António de Oliveira Salazar whose de facto dictatorship ran from 1932-1968. Such restrictions only allowed the procedure in specific circumstances: Danger to the life of the mother, incurable illness of the fetus, and pregnancy resulting from rape.

The powerful series was undertaken by the artist, who spoke openly of her own abortions, following her anger at the unnecessary suffering of people undergoing illegal procedures.

The women Rego depicts in the eight etchings on view are in domestic surroundings, suggesting that theirs are illegal backstreet abortions. The subjects’ bodies and faces are contorted in pain while they remain stoic and strong, defiant in their right to choose to terminate their pregnancies despite the disapproval of the church and state. Framing each woman starkly and keeping additional visual information to a minimum, Rego emphasized the physical and mental anguish undertaken alone.

The prints were exhibited at the Fundação Calouste Gulbenkian, Lisbon in 1999 and again appeared in several Portuguese newspapers in the lead up to a successful second referendum on abortion in 2007. The effect of the series was so powerful that it has been credited with helping sway public opinion and facilitating the second referendum which legalized abortion.

In 2019/2020, appalled by the continued suffering of women, Rego editioned two further prints on the subject matter. The power and pain conveyed in this group of etchings remains relevant today.

Paula Rego passed away in June 2022 soon after her retrospective at Tate, London and the inclusion of a major installation as part of the 2022 Venice Biennale.

The ten works on display at The Armory 2022 are loaned with the kind permission of the artist’s family and Cristea Roberts Gallery, London, who is the worldwide representative for original prints by the artist.