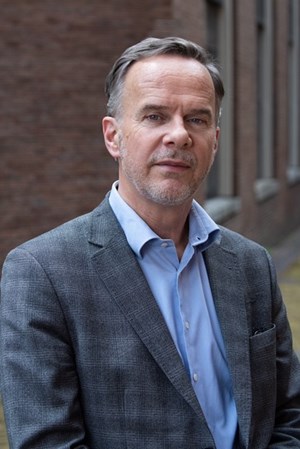 Norbert MIddelkoop has been appointed as the new conservator of Ancient Art at The Frans Hals Museum, Netherlands. This comes as an exciting and welcome news following his professional trajectory over the years.

Norbert MIddelkoop has been appointed as the new conservator of Ancient Art at The Frans Hals Museum, Netherlands. This comes as an exciting and welcome news following his professional trajectory over the years. Since 1997, Middelkoop (1961) has been working at the Amsterdam Museum (previously the Amsterdams Historisch Museum), where he curated leading exhibitions of paintings, drawings and prints, such as Kopstukken (2002-03), The Gift (2004), Old Masters of Amsterdam (2008), Backers over the floor (2010), Van Oostsanen (2014), Dutchmen of the Golden Age / Group Portraits of the 17th Century (2014-present) and Ferdinand Bol and Govert Flinck (2017-18).

He regularly publishes on old masters and at the end of 2019 he obtained his PhD at the University of Amsterdam with the thesis 'Archers, guild brothers, regents and regentesses. The Amsterdam corporation document 1525-1850'.

In his research Middelkoop has mainly focused on collection history, the Dutch cityscape and portraiture. He has also been intensively involved with the work of Frans Hals. For the Frans Hals Museum, he was a member of the supervisory committee for the recent restoration of Hals' regent pieces and acted as one of the curators of the 2018 collection exhibition Rendez-Vous with Frans Hals.

Recently Middelkoop was guest curator of the exhibition Rembrandt and Amsterdam portraiture 1590-1670, which was held in 2020 at the Museo Nacional Thyssen-Bornemisza in Madrid. He is currently a member of the committee supervising the restoration of Rembrandt's Night Watch.

Middelkoop will continue to work at the Amsterdam Museum for one day a week, in preparation for a major traveling exhibition with the museum's collection of 16th and 17th century group portraits.

The Frans Hals Museum and the Amsterdam Museum are currently working together on the four-year project 'Faces of North Holland', financed by the Ministry of Education, Culture and Science. The combined appointment of Middelkoop strengthens the close collaboration and professional exchange between the two museums.

“This appointment feels like coming home to me, and not just because I grew up in Haarlem. The Frans Hals Museum is the place where it all started for me as an art historian.” said Middelkoop.

In addition to looking forward to Middelkoop's commitment and expertise, the Frans Hals Museum will in the coming years work with guest curators who offer an alternative view of the museum's collection.