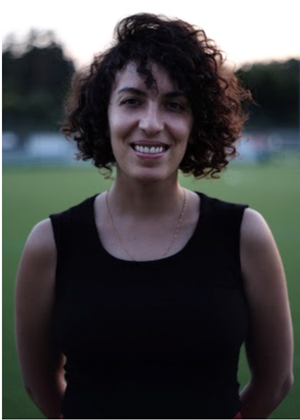 Noor Abed will receive $15,000 from the Han Nefkens Foundation to support the production of a new, limited-edition video. The completed video will be finished by the end of September 2023 and from 2024 on, it will be exhibited internationally by the five collaborating institutions

"I'm particularly happy that we will be collaborating with Noor Abed. Her work offers a poetic and multi-layered exploration of both personal and communal emotions around loss. Abed emphasises the importance of shared experiences thereby allowing viewers to access her reality while at the same time reflect on their own.”— Han Nefkens.

Noor Abed will receive $15,000 from the Han Nefkens Foundation to support the production of a new, limited-edition video. The completed video will be finished by the end of September 2023 and from 2024 on, it will be exhibited internationally by the five collaborating institutions: the Fundació Antoni Tàpies in Barcelona; the NTU Centre for Contemporary Art Singapore; WIELS in Brussels; the Museum of Contemporary Art and Design (MCAD) in Manila, and Jameel Arts Centre in Dubai.

In order to consolidate the candidates’ career the Han Nefkens Foundation - Fundació Antoni Tàpies Video Art Production Grant appraises emerging artists who are 40 years old or less and live in the territory of West and Central Asia (Afghanistan, Tajikistan, Uzbekistan, Turkmenistan, Kyrgyzstan, Khorasan, Uyghuristan, Armenia, Azerbaijan, Georgia, Bahrain, Cyprus, Egypt, Iran, Iraq, Jordan, Kuwait, Lebanon, Oman, Palestine, Qatar, Saudi Arabia, Syria, Turkey, United Arab Emirates, Yemen). They are artists who have established a solid trajectory, but they have not had the opportunity to exhibit extensively. The production grant should serve as an important source of support and boost in the artist’s career.

Nine internationally recognised art critics and curators have carried out the initial scouting process. Through this work, they not only expand the selected artist’s network of contacts, but they also discover and get closer to lesser-known video art works throughout the selected region, thus, promoting the discipline on a wider scale. Each ‘scout’ nominates three artists; this long-list is reduced to 7 in a pre-selection phase realised by all the partner institutions. From this shortlist of 7 artists, the final decision was made on August 12th, 2022.

Noor Abed was selected from this shortlist by the directors and curators of each institution for the forthcoming travelling exhibition, in meetings moderated by Han Nefkens, Founder of the Han Nefkens Foundation.

The Selection Committee stated: "Noor Abed's proposal mobilises mythologies and folklore to reclaim past and present realities of communal existence against hegemonic strategies of social and cultural fragmentation. Through a poetic choreography of bodies, sites, narratives, and temporalities, her work encourages reflection on the manifestations of social action and resistance in the everyday life."

“In my work, I search for stories and narrations that are on the margins, trying to find clues to create alternative discourses. The work usually reflects the past – in its form or content – and yet it suggests a decisive connection to the future – as if it is a remembrance of things to come. Thinking of the reality we currently live in as haunted; I try to invite a shift in our memory. My work questions collective social identities through means of constructing mythologies and working around a critical stance of 'folklore' as a source of knowledge. I am to create situations for alternative social and representational models in Palestine.” – Noor Abed

Noor Abed (b. 1988 Jerusalem) works at the intersection of performance, media and film. Through a process of image making, her works create situations where social possibilities are both rehearsed and performed.

Abed attended the Whitney Independent Study Program in Νew York in 2015-16, and the Home Workspace Program (HWP) at Ashkal Alwan, Beirut 2016-17. She received her BA from the International Academy of Arts in Palestine and a MFA from the California Institute of the Arts, Los Angeles. Abed was awarded the March Project residency and commission from Sharjah Art Foundation in 2016, a residency grant at the Cité Internationale des Arts in Paris in 2018, a fellowship at FID Marseille International Film Festival in 2019, Raw Material Company in Dakar (Senegal) in 2019, and Onassis AIR in Athens in 2020. Abed's work has been screened and exhibited internationally at Anthology Film Archives, New York, Gabes Cinema Fen Film Festival, Tunisia, Ji.hlava International Documentary Film Festival, The New Wight Biennial, Los Angeles, Leonard & Bina Gallery, Montréal, Ikon Gallery, Birmingham, Ujazdowski Centre for Contemporary Art, Warsaw, and The Mosaic Rooms, London. In 2020, she co-founded, with Lara Khaldi, the School of Intrusions, an independent educational platform in Ramallah, Palestine. Abed was most recently awarded a residency at the Rijksakademie in Amsterdam 2022-24.

The final jury was chaired by Han Nefkens and composed of:

In the presence of: