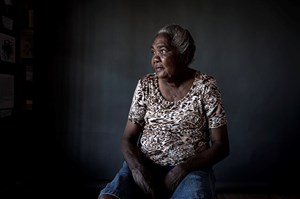 David Prichard’s winning entry is a series of portraits of First Nations women who spent most of their working lives on cattle stations in Far North Queensland.

David Prichard’s winning entry is a series of portraits of First Nations women who spent most of their working lives on cattle stations in Far North Queensland. Their physically demanding labour as stock women involved a range of duties, from cooking and other homestead chores to maintaining the welfare of the livestock, often on horseback.

The Sydney-based photographer has documented Indigenous people for much of his career, and was commissioned to create the series by Carpentaria Shire Council in Normanton, Queensland, following a well-received 2019 exhibition that showcased First Nations rodeo riders in the region. The cultural and social history of stock women has gone almost completely unrecorded, and Prichard welcomed the opportunity to help their voices be heard. 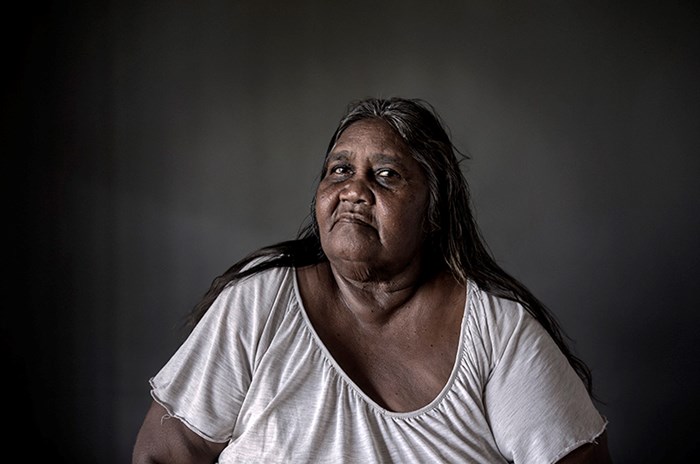 ‘Any level of investigation into Australian history reveals the ongoing trauma and injustice that Indigenous people have suffered,’ he says. ‘One can only imagine what stock women endured, living in remote areas, in a world dominated by white colonial culture and law. I wanted to produce portraits that were dignified, strong and beautiful, and worthy to represent these women today and into the future.’

Prichard’s four sitters – Kurtijar women Merna Beasley, Shirley Mary Ann McPherson and Gloria Campbell and Gkuthaarn woman Mildred Burns – were also interviewed about their experiences as part of the project. Gloria, was a housekeeper and cook from her mid-teens, and describes the experience as ‘hard work from morning to night’. For Merna, who was employed at stations from the age of 15, the satisfaction of working with horses and cattle was tempered by often harsh treatment she received at the hands of ranchers. ‘Once, when I was out bush working, my aunty passed away in town,’ she recalls. ‘My family sent a telegram to the station to tell me she died and when her funeral was, but I didn’t get the message because the manager threw it in the bin, where I found it a few days later.’

From the nineteenth century, white owners made fortunes from beef production by seizing ancestral lands and exploiting Indigenous workers, who lived in poor conditions and were often paid in rations. It wasn’t until 1968, following the recognition of Indigenous people in the Australian Constitution and decades of organised protests and walk-outs, that pastoralists were legally required to honour equal pay. Today, the industry remains hugely profitable. In June 2021, the Miranda Downs station, where Merna, Gloria and Mildred once worked, was sold for £100m, a record sum for an Australian ranch.

Prichard took the portraits at the Burns Philp Building, a former store and warehouse in Normanton, built by the eponymous shipping company that, during the 1800s, was involved in what is referred to as the Australian slave trade – the forced transportation of South Sea Islanders to work as labourers. It now houses a library and information centre. ‘The building was the obvious choice of location, offering a relatively cool space, and also abundant natural light. The walls of the building are adorned with the history of European explorers and I included parts in some of the frames to subtly suggest the ever-present reminder of colonial times.’

With limited time to complete the portraits, he used a 35mm SLR digital camera, directing his sitters only in regards to light and to ensure they were comfortable. ‘It was hot as hell,’ he recalls. ‘Being elderly, the women suffer from health issues, including diabetes, and find it very hard to get around, so getting them to the location was a big deal, including managing Covid restrictions.’

In making the series, Prichard was acutely aware of the complex history of the representation of Indigenous people in Australian photography. He worked hand-in-hand with members of the Indigenous community, including Gkuthaarn man Jason Callope and Kurtijar woman Angeline Pascoe, who put forward sitters for the project, and Clarene Rainbow and Noelene Beasley from Kurtijar Aboriginal Corporation, who assisted with their transportation. ‘I have always been respectful of cultural and social sensitivities and subsequently built trust with the community, which led me to be invited to photograph the women,’ Prichard says. ‘The project is not about me. I am only the vehicle for the women to tell their stories.’