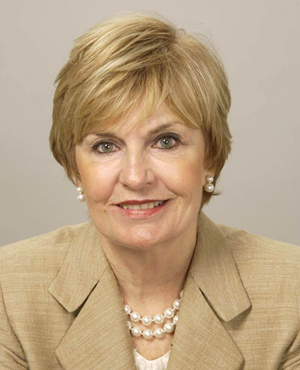 In an ongoing commitment to this work, many acquisitions over the past years expand the holdings of creations by women artists across genre and medium. Two acquisitions of special significance were recently approved at the May 2022 Board of Trustees meeting: a portrait by Bolognese painter Lavinia Fontana (1552–1614), the first painting by an early modern Italian woman artist to enter the collection, and a small sculpture by Luisa Roldán (1652–1706) that is the first work by a woman sculptor created before 1850 to enter the collection.

"The National Gallery of Art and our millions of visitors have benefited tremendously from Vicki's dedication to serving the American public," said Kaywin Feldman, director of the National Gallery. "It is exciting that we now have an endowment fund to help us acquire masterpieces by women artists, and one that will carry the name of such an exemplary advocate and leader. We look forward to adding important works by women artists from all eras to the collection and continuing the work which Vicki so passionately championed."

The National Gallery intends to use this fund to expand the of acquisitions of work by women as part of its commitment to increase holdings of works by these artists. In the past two years (May 2020 to May 2022), 50.6% of the works acquired by purchase were by artists of color, compared to just 12.6% in the two years prior (a 302% increase). During the same period, works by women artists comprised 35.5% of the total, compared to just 20.3% during the two years prior (a 75% increase).

Lavinia Fontana, Portrait of Lucia Bonasoni Garzoni (c. 1590)
This highly detailed and exquisite portrait depicts the 16th-century musician Lucia Bonasoni Garzoni (b. 1561–at least 1610) by the most productive woman artist of the late 16th century, the Bolognese painter Lavinia Fontana. This portrait is among Fontana's best preserved and most accomplished surviving works in the genre. A rare depiction of a 16th-century woman musician by a 16th-century woman artist, this painting tells the story of two accomplished women who were able to overcome obstacles in a patriarchal society to succeed in the artistic spheres of painting and music.

Fontana died just before her 62nd birthday after a highly successful career. Trained by her father, Prospero Fontana (1512–1597), in the late mannerist style, and most famous for her portraits of noblewomen, she produced her first dateable works around 1575. In addition to portraits, she painted secular and religious subjects, including altarpieces for churches (a rarity in the period), portraits of scholars, and mythological nudes—a subject that was unheard of for women in the period. In 1577, Fontana married Gian Paolo Zappi (c. 1555–1615), who acted as her business manager; she supported her family, which included 11 children, with the profits from her painting. Fontana is one of 68 known women artists from Bologna in the early modern period and was a trailblazer for women artists who succeeded her.

Luisa Roldán, Virgin and Child (c. 1680/1686)
This small carved wood and painted statue by Luisa Roldán is the first work by a woman sculptor from before c. 1850 to enter the National Gallery's collection. Widely accepted as a work by Roldán on stylistic grounds, it shares close similarities with a range of sculptures that are widely acknowledged to be by her.

Born in Seville, Roldán was the daughter of Pedro Roldán, one of the city's most accomplished sculptors. Her introduction to sculpture most likely came from Pedro, with whom she worked in close partnership. At the age of 19, she left home to marry one of her father's studio assistants, with whom she set up a workshop and began undertaking commissions. Some of her earliest works, identifiable by style, include various life-size figures in painted wood for altarpieces in Seville and processional floats (paseos) that reflect but differ from her father’s style.

In 1688 Roldán and her husband moved to Madrid, likely in expectation of an appointment at the court of King Carlos II. Eventually she was awarded the royal title of escultora de cámara, which did not prove especially lucrative. She turned to specializing in painted terracotta scenes. When Felipe V ascended to the throne in 1701, she was reappointed to the Spanish court. Lauded for her accomplishments as a sculptor, she nevertheless died destitute, unable to pay for a funeral. On the day she died, she received recognition as an "Accademica di merit" from the Accademia di San Luca in Rome.