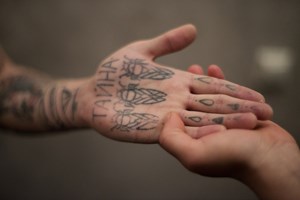 Museum Folkwang, Germany, is presenting the first major overview exhibition of the work of Tobias Zielony from June 25—September 26, 2021 titled ‘The Fall’.

Museum Folkwang is presenting the first major overview exhibition of the work of Tobias Zielony from June 25—September 26, 2021 titled ‘The Fall’. Zielony stands in a long lineage of artistic photography. His visual world is seen as paving the way for a younger generation. Few photographers have observed developments in society and the media as keenly and translated these into a contemporary visual language as he has.

His work ‘The Citizen’, on the topic of migration, was shown in the German Pavilion at the 2015 Venice Biennial and viewed by a broad international public. The largest presentation of his photographs and video works to date offers a comprehensive insight into Zielony's work of the last 20 years. The people and spaces that attract Tobias Zielony are not on the margins of society, but the places in deprived areas where adolescents meet, hang out and show off: be this in Wuppertal, Trona, Naples, Osaka, Halle-Neustadt or Kiev. The youths and young adults whom Zielony accompanies with his camera as a confidant and observer belong to the Techno, LGBTQIT* or skater scene, amongst others. 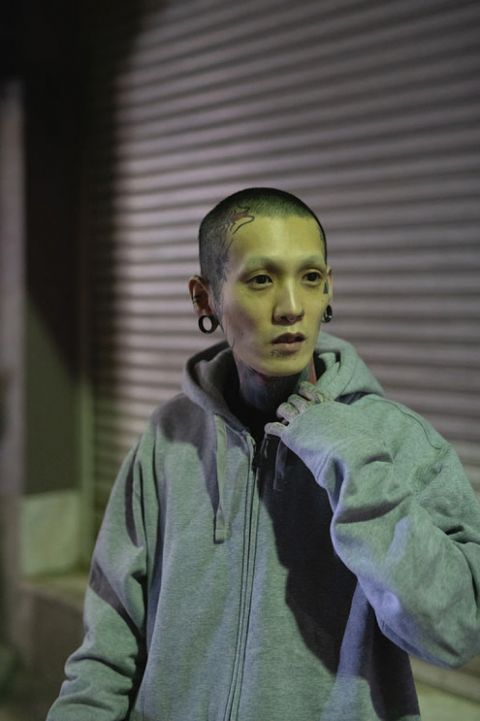 Zielony operates globally and allows himself to be guided by his curiosity, which affords him ever new encounters with young people in their respective social contexts. In all of this, he explores the intersection between fictional and documentary assertions and investigates the political and aesthetic potential as well as the boundaries of authentic self-representation. His photographic works and films are characterized by a critical understanding of the genre and the quest for self-determination and emancipation of those portrayed in them.

‘The Fall’ combines well-known photography series and early video works ranging from Curfew (2001), Big Sexyland (2006), the well-known stop-motion videos Vele (2009- 10), Maskirovka (2016-7), to the video work Hansha (2019) created in Japan. The exhibition is the first to bring together Zielony’s visual worlds from different parts of the world and show them as global phenomena with specific characteristics. A symbolic city space is created in the exhibition’s central space, which offers a space to meet and sojourn. Encounters, situations and places exist alongside and enter into relationship with each other, and in their spatial consolidation cite the ever-present flood of images on social media. 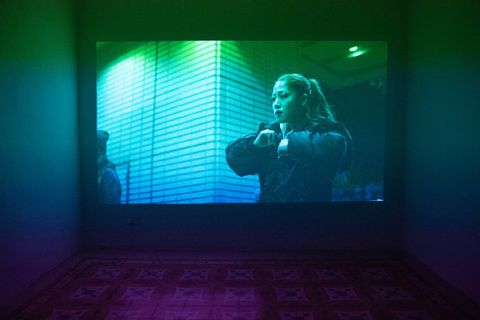 In his work, Tobias Zielony has time and again addressed youth culture with a view to background, representation and fashion and the definition of identity in a world changing in terms of the media used. Social networks and the exchange of photographic images they entail have fundamentally changed the notion of the self and the forms of (self-)representation. Everyone – and this includes his protagonists – now uses the photographic medium with their smart phone in order to send and receive images. In this interplay, Zielony shows his subjects as confident participants acting in a global cosmos of social codes and self-portraits – in spite of cultural and social differences.