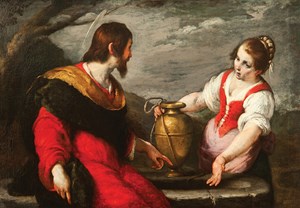 The museum will pay the sum of €200,000 to the heirs as full compensation for the Nazi persecution-related loss of the painting. The painting will remain part of the collection of Museum de Fundatie, and the heirs will henceforth recognize the Museum’s right of ownership.

In accordance with the report Striving for Justice published by the Kohnstamm Committee on 7 December 2020 and the Washington Principles of 1998, the heirs of Richard Semmel and Museum de Fundatie have reached an agreement concerning the painting Christ and the Samaritan Woman at the Well by the Italian artist Bernardo Strozzi, dated 1635. The museum will pay the sum of €200,000 to the heirs as full compensation for the Nazi persecution-related loss of the painting. The painting will remain part of the collection of Museum de Fundatie, and the heirs will henceforth recognize the Museum’s right of ownership.

Until 1933, the painting was the property of Richard Semmel (1875-1950), a German entrepreneur and art collector. Semmel and his wife Clara Cäcilie Brück lived in Berlin, where he owned a large textile factory. The couple had no children. As a result of his Jewish origins, his leading role in the textile industry, and his involvement with the Deutsche Demokratische Partei, Semmel’s position became increasingly precarious after the Nazis came to power in Germany in 1933. Semmel and his wife fled to the Netherlands in 1933 and on 21 November of that same year anonymously sold part of their art collection, including Strozzi’s painting, at the Amsterdam auction house of Frederik Muller & Cie. Dirk Hannema, founder of Museum de Fundatie, bought the painting there in good faith. 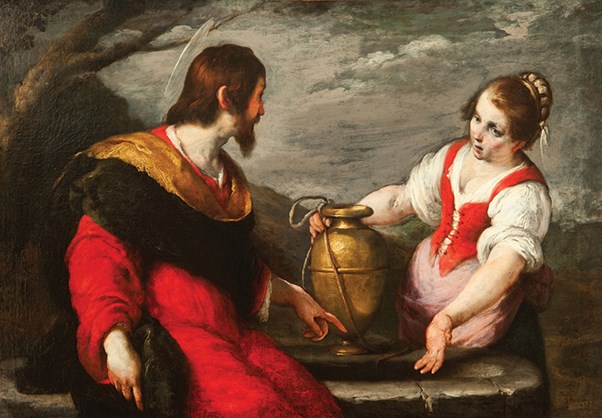 Bernardo Strozzi, Christ and the Samaritan Woman at the Well, 1635, oil painting on canvas, collection Museum de Fundate Zwolle and Heino/Wijhe (The Netherlands).

The Semmels left the Netherlands in 1939 and settled in New York, where Mrs Semmel- Brück died in 1945. Richard Semmel died in 1950. He had appointed Grete Gross as his sole heir. She died in 1958. Since 1964, the painting has been part of the collection of Museum de Fundatie. At the request of the heirs of Richard Semmel and Museum de Fundatie, the Adviescommissie Restitutieverzoeken Cultuurgoederen en Tweede Wereldoorlog (Advisory Committee for the Return of Cultural Objects) assessed this case in the manner customary in the Netherlands. In a binding recommendation issued on 25 April 2013, the Advisory Committee determined that political and economic circumstances had forced Richard Semmel to sell Christ and the Samaritan Woman at the Well in 1933. However, the Advisory Committee concluded that because of Museum de Fundatie’s right of ownership, as well as the importance of the painting to the museum’s collection, the work was to remain in the Museum de Fundatie collection, without any compensation to the heirs.

Museum de Fundatie has embraced the Kohnstamm report and, even before the official adoption of its recommendations by the Minister of Education, Culture and Science, contacted the heirs of Richard Semmel to consult them about a fair and just solution regarding the work Christ and the Samaritan Woman at the Well by Strozzi. In accordance with the report of the Kohnstamm Committee and the Washington Principles of 1998 the museum and the heirs discussed the possibility of compensation for the persecution-related loss of the painting. The museum offered to return the painting or to compensate the heirs financially.

The heirs and the museum have made a joint decision, arrived at after careful consideration and with mutual respect, that the museum will compensate the heirs of Richard Semmel for the Nazi persecution-related loss of the painting by paying them the market value of €200,000, established by an independent evaluation. In consequence, the painting will remain part of the collection of Museum de Fundatie, and the heirs will henceforth recognize the Museum’s right of ownership. The museum will inform its visitors of the role of Richard Semmel in the provenance of the painting. The museum is happy that this painful matter has been resolved in a harmonious manner and is grateful to the heirs for enabling visitors to Museum de Fundatie to enjoy and study the painting by Bernardo Strozzi in the future.