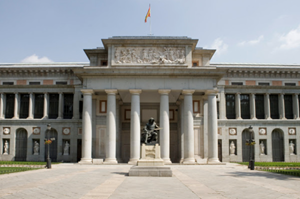 The 25 works entered the Museum from the General Division for National Artistic Heritage and in the case of 22 of them this information was already available on the Prado’s website.

The Museo del Prado has compiled and published the list of works in its collection confiscated during the Civil War. These 25 works entered the Museum from the General Division for National Artistic Heritage and in the case of 22 of them this information was already available on the Prado’s website.

The Prado has set up an ad hoc research team directed by Arturo Colorado, senior professor and expert on cultural heritage and the Civil War, in order to expand the study of these cases and analyse other possible confiscations.

The conclusions of this study will be published in early 2023 but the full list with information is already available on the Museum’s website.

the Museo Nacional del Prado published the complete list it has compiled of works deposited in its collections by the General Division for National Artistic Heritage and probably confiscated by the Commission for the Protection of Artistic Heritage during the Civil War.

These are 25 documented works. In the case of 22 of them their origins were already expressly stated in their catalogue entry on the Museum’s website. In the case of the three works for which this information was not provided, this was due to the fact that their poor condition meant that they did not have an entry in the access to the collections section of the website.

This initial figure could increase as a result of the most recent studies undertaken by Arturo Colorado Castellary, expert on cultural heritage and the Civil War and senior and emeritus professor. For this reason the Museo del Prado has decided to formally launch a research project to determine whether some of the works in its collection derive from confiscations made during the Civil War period or under the Franco regime.

The project’s aim is to clarify any doubts that may exist regarding the works’ history and context prior to their assignation to the Prado’s collections, which, in fulfilment of all legal requirements, may result in works being returned to their legitimate owners.

Professor Colorado, who directed the international conference “Museum, war and post-war” held at the Museo Nacional del Prado in 2019 (https://tiendaprado.com/es/libros/6083-libro-actas-guerra-y-posguerra-9788484805762.html), will be coordinating the work of the researchers, who will undertake a detailed study of the Museum’s different archives and registers in relation to this specific material. The project will be undertaken in collaboration with the Library, Documentation and Archive Department.