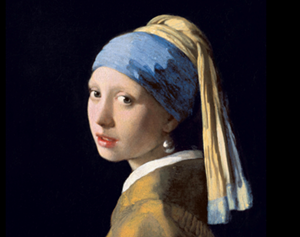 This year, it will be two hundred years since the Mauritshuis first opened its doors to the public. The museum will be celebrating its bicentenary with special exhibitions and events throughout the year.

This year, it will be two hundred years since the Mauritshuis first opened its doors to the public. The museum will be celebrating its bicentenary with special exhibitions and events throughout the year. The exhibition In Full Bloom opens on 10 February with the finest flower still lifes from the period 1600-1725. To coincide with the opening, the façade of the Mauritshuis will also be adorned with an ‘impossible bouquet’ of flowers. During the summer, photographers – both established names and new talent – will be taking inspiration from the Mauritshuis collection and building. The summer months will also see the first outdoor Street Art museum, with large murals based on the collection in various locations around The Hague. And no fewer than 200 writers have also been inspired, each contributing a piece based on a work of art in the Mauritshuis to the book Pen Meets Paint. The year concludes with an exhibition of Dutch masters from the 17th century in collaboration with The Frick Collection in New York.

2022 celebrates the inspiration that for the past 200 years the world-famous collection at the Mauritshuis has provided for countless art lovers, visitors and artists around the world.

The Anniversary year 2022 gets off to a festive start with – what else – an enormous bouquet of flowers. In Full Bloom showcases the most beautiful flower still lifes from the period 1600-1725 from both the museum’s own collection and abroad. Roses, tulips, columbines and carnations, as well as Batavia roses, amethyst hyacinths, Siberian flag irises, Persian tulips and cypress herb will bring scent and colour to the Mauritshuis. The Dutch flower still life was one of the most popular painting genres in the 17th century. The exhibition pays particular attention to the women painters active in this genre, who created a furore in flower painting and played an important role in the science of flowers and plants. In Full Bloom brings together some 30 paintings, alongside prints, drawings, flower and tulip albums and botanical publications.

The Impossible Bouquet
From 10 February

The flower painters went to great lengths to bring together all the flowers from a single growing season in one vase: ‘the impossible bouquet’. To coincide with the opening of In Full Bloom, the museum façade will be decorated with (sustainable) artificial flowers. More will be added every few weeks until the entire building is hidden behind the ‘impossible bouquet’, inspired by Jan Davidsz de Heem’s painting Vase with Flowers from 1670 (see image). There will also be special flower boxes in the museum forecourt, filled with real flowers in full bloom. Tom Postma Design in Amsterdam is behind the floral design (see artist impression).

During the summer of our Anniversary year, photography takes centre stage. The Mauritshuis will mirror its permanent collection with contemporary homegrown photography. Famous photographers, as well as new talents in the world of art and documentary photography, will be invited to take inspiration from the Mauritshuis collection and building. Which masters are they inspired by? How will they interpret our 17th-century art? The result – new photos by these contemporary masters – will be displayed in the permanent collection, alongside the paintings by the old masters, one in each of the 16 rooms. The photographers taking part are: Sara Blokland, Morad Bouchakour, Anton Corbijn, Elspeth Diederix, Desirée Dolron, Rineke Dijkstra, Kadir van Lohuizen, Sanja Marušić, Vincent Mentzel, Erwin Olaf, Kevin Osepa, Ahmet Polat, Carla van de Puttelaar, Viviane Sassen, Dustin Thierry and Stephan Vanfleteren.

The Mauritshuis wants to celebrate its bicentenary together with the residents of The Hague with a special project: the first outdoor Street Art museum! In collaboration with The Hague Street Art, large murals will be created in various locations around the city. These works of art will be created by various Street Art artists, including established names and up-and-coming talent, with the Mauritshuis collection serving as a source of inspiration. Big names from the Street Art scene will be contributing to the project, including Nina Valkhoff, the duo Super A and Colli van de Sluijs.

What happens when two art forms – the literary and the visual arts – come together? For its bicentenary, the Mauritshuis asked 200 writers to draw inspiration from the museum’s collection. The crème de la crème of today's literary community, from at home and abroad, participated in this remarkable book. One writer; one work of art from the Mauritshuis; 200 words per contribution – never before have so many authors appeared together in a single publication. To name just a few of the contributors: Isabel Allende, Margaret Atwood, Nicci French, Arnon Grunberg, Nino Haratischwili, Murat Isik, Hilary Mantel, Cees Nooteboom, Connie Palmen, Sholeh Rezazadeh, Simon Schama, Donna Tartt and Tommy Wieringa.

Families with children aged 3 to 11 can learn about Vermeer in a playful way through various activities at the museum. During the summer of 2019, families were introduced to Rembrandt in the hands-on family exhibition Hello Rembrandt! Now children can follow in the footsteps of another great Dutch master: Johannes Vermeer. Families can find out more about the Dutch painter: Which paints did he use in his paintings? How did he play with light? Various fun activities and creative workshops mean that younger visitors can really step into the shoes of this famous 17th-century artist. And the best part? Admission is free for everyone aged 18 and under (and the exhibition is of course also in English!)

The Anniversary year concludes with a very special exhibition: ten paintings from The Frick Collection in New York. This will be a one-time opportunity to view this selection of paintings in Europe, which (with one exception) left the continent more than a hundred years ago and have been in the United States ever since. One of the greatest masterpieces on view will be Rembrandt’s self-portrait from 1658. The painter immortalised himself many times, but many consider this self-portrait to be one of the very best. The founder of the The Frick Collection was the industrialist Henry Clay Frick (1849-1919), who also built the house where the present-day museum is located.