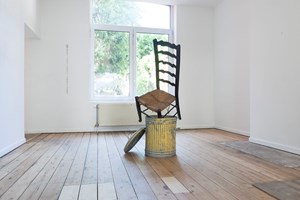 Dividing her time between Brussels and London, Marianne Berenhaut (Brussels, b. 1934) makes poetic sculptures assembled with discarded or left-behind objects, creating associative compositions and muted installations. Until recently, her work has remained relatively underappreciated, but the art world is beginning to take notice of her powerful and extensive oeuvre. Berenhaut’s forthcoming exhibition titled ‘endroit, anvers’ opens September 11, 2021 at M KHA in Antwerp, until January 2022.

For an object to be included in her practice, it must bear signs of life and use. For over six decades Berenhaut has been carefully selecting and incorporating objects like old furniture, garments, and toys in her sculptures. When experiencing one of her installations, an oppressive silence, sadness, or doom hangs in the air. It’s as if an unknown human fate is being summoned, the objects expressing a forgotten life story. In her unique visual language, she addresses longing, absence, trauma, and memory.

Vie Privée, the generic title that Marianne has given to her works of the last twenty years, leads the viewer to believe that they are entering a domestic, intimate environment. On the contrary, the artist emphasizes the ever-present connection between "her art" and the social life around her. Her unpretentious and somewhat naive sculptures play on collective emotional memory; to reduce them to nostalgic secondhand objects would be an injustice, like reducing the Shoah to a fait divers. 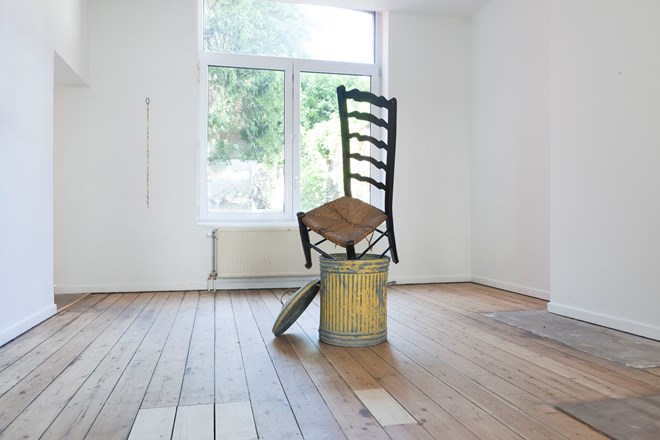 The series Poupées Poubelles (created in the 1970s) is a collection of dolls made from nylon stockings filled with rags, hay, straw, and flowers – each with their own everyday object. This series is characteristic of the latent visual language that the artist so often uses. Of the assemblage Vie Privée : Le Lit (2020), she says, "When it was finished, I was surprised. It looked like nothing I had ever made. Until then, I often talked about loss, about the life I was robbed of, and my childhood. But since I made this sculpture, I've been more concerned with my personal life and my personal fantasies."

Speaking about the "left-behind" objects she collects, she emphatically explains that they are not merely “there”. Whether they were found on the street, at a flea market, or in a garage sale, she allows her discoveries to age undisturbed, waiting for an association or melding that presents itself at the right moment. The sculptures are created without preconceived ideas, and thus tell their story only afterwards, a posteriori.