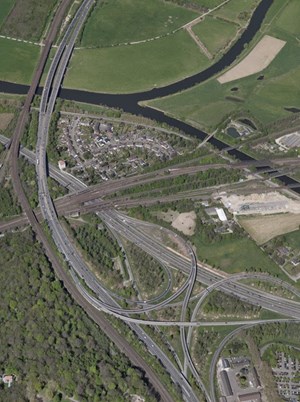 On the 27th of November 2020 in Amsterdam, The Netherlands, the Manifesta Board examined the most convincing applications for future editions of the European Nomadic Biennial. The Bids submitted by the City of Barcelona and the Ruhr Area (Ruhrgebiet), Germany were of such high quality that the Board asked for a commitment from both cities - Barcelona for 2024 and the Ruhr Area for 2026.

On the 27th of November 2020 in Amsterdam, The Netherlands, the Manifesta Board examined the most convincing applications for future editions of the European Nomadic Biennial. The Bids submitted by the City of Barcelona and the Ruhr Area (Ruhrgebiet), Germany were of such high quality that the Board asked for a commitment from both cities - Barcelona for 2024 and the Ruhr Area for 2026. Today, the Ruhr Parliament confirmed that they have allocated the budget to host Manifesta 16 in 2026. The nominated host area presented an exciting thematic approach that examines the effects of a changing global world order against the backdrop of a region that has not only been shaped by coal mining and heavy industries but also international trade relations, such as the New Silk Road connecting Europe with China.

A joint initiative of local institutions and cultural practitioners from the Ruhr Area wrote the Bid for Manifesta 16. The initiators, among them well-known curators, institutions and foundations from the region, were given considerable support in the application process by the Regionalverband Ruhr (RVR) and the Ministry of Culture and Science of North Rhine-Westphalia. The Regionalverband Ruhr will be the leading partner of Manifesta 16 in the Ruhr Area in 2026.

To create meaningful relations and to understand how to connect to diverse worlds in a relevant way, Manifesta is focussing on reinventing its community-based approaches while building new ways of embedding its practices within the local context. In line with this new approach it has become urgent for Manifesta to start its work in Host Cities as early as possible to allow each edition to engage with the existing context and to generate more interdisciplinary projects that involve both the artistic ecosystem as well citizens. This is an extraordinary position for Manifesta to currently be in, knowing that we have such thorough commitments from a diverse range of Host Cities for the upcoming six years, starting with Manifesta 14 in Prishtina, Kosovo in 2022. 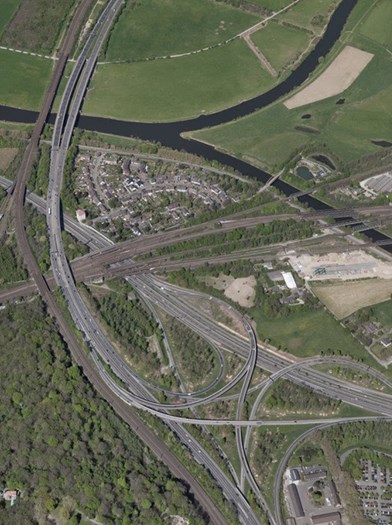 We are really looking forward to two additional, exciting Host Cities and Areas, Barcelona for 2024 and the Ruhr Area for 2026. The longer lead time given by this decision to allocate two Host Cities well in advance allows for Manifesta to develop sustainable concepts and strategies and to build active citizen participation and collective local and regional involvement. The microcosm of the metropolitan region and the link to global issues seems to us to be ideally suited for testing these approaches.

In addition, there is a particularly exciting conceptual theme of urbanistic significance: with the founding of the so-called New Silk Road, the Ruhr area is currently developing a new identity - as a logistics centre in the heart of Europe. The Ruhr Area has always focused on the migration of people and materials, things and goods - and how the global world order looks and will look in the future against the backdrop of its trade relations; we can now reflect and focus on this together with our many new partners on the ground.

Lastly, as a citizen of a neighbouring country, I - like many Dutch people - have of course followed the history and development of this region with great interest. I could always imagine that this region, which is in such a state of flux and which I have visited many times, could one day be our host. This is now becoming reality.
– Hedwig Fijen, Director Manifesta

Based on the Ruhr Area as a network region, the topics of Manifesta 16 develop from widely interconnected migratory movements – both of people and increasingly of resources and goods. (…) Manifesta 16 poses questions about the consequences and opportunities of a globally changing world in a regional context from an artistic and scientific point of view, but above all in the daily reality of the people of this region. The focus lies on the crossroads and connections that manifest themselves in the region, as well as the neighbouring cultural areas. What visible and (still) invisible influences do these have on the future of the region against the backdrop of global developments? Where is the global reflected in the regional, where the regional in the global?
– From the Bid of the Ruhr area.

The initiators see Manifesta 16 in 2026 as an opportunity to work together on an artistic and social level over the next few years in order to intensively address the question of how global logistics with new trade routes, digital economies and new working conditions will affect the heart of Europe.
– Peter Gorschlüter, Director of the Museum Folkwang

Against the background of current shifts in the global balance of power, Manifesta 16 would like to take a look at these transformations in the Ruhr area. Britta Peters, Artistic Director Urban Arts Ruhr, emphasises: "Our concept aims to raise awareness of the consequences of globalisation and reflect on the established relationship between centre and periphery. How are the concepts of "work", "city", "centre" and "periphery" changing as a result of digitalisation, global trade routes and new economic fields? Does the polycentric Ruhrgebiet have the potential to assert itself as a utopian model of a new form of urbanity that opposes the dynamics of displacement and gentrification with a rich mesh of cultural density, regional production and open spaces?”