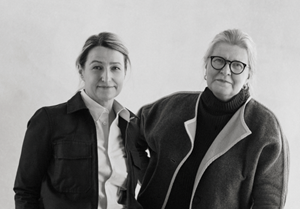 Helsinki Biennial has announced the appointment of Joasia Krysa as curator of its second edition, taking place 12 June – 18 September 2023. Celebrating the synthesis of art and the environment, the biennial will return to the unique surroundings of Vallisaari Island in the Helsinki archipelago, whilst building upon its inaugural edition through a greater presence on the mainland in locations across the city.

Helsinki Biennial has announced the appointment of Joasia Krysa as curator of its second edition, taking place 12 June – 18 September 2023. Celebrating the synthesis of art and the environment, the biennial will return to the unique surroundings of Vallisaari Island in the Helsinki archipelago, whilst building upon its inaugural edition through a greater presence on the mainland in locations across the city. Free and open to all, Helsinki Biennial continues to make connections between artists from Finland and around the world, and is committed to responsible exhibition-making and inclusive principles.

Joasia Krysa is a UK-based, Polish-born curator, researcher and scholar working at the intersection of contemporary art and technology. She served as artistic director of Kunsthal Aarhus, Denmark (2012-15), and was part of the curatorial team for Documenta 13 (2012). She was the co-curator of Liverpool Biennial 2016, has previously worked with WRO Media Art Biennial in Poland, and has presented online exhibitions at Tate Modern and The Whitney Museum of American Art, amongst others. She is currently Professor of Exhibition Research and Head of Art and Design at Liverpool John Moores University and holds an adjunct position at Liverpool Biennial. Krysa was part of the advisory committee of Helsinki Biennial 2021.

Joasia Krysa says: “I am excited to join the Helsinki Biennial team and the city, to develop the second edition at what feels like an unprecedented point in time. The Biennial’s specific location on and off the shore of the Gulf of Finland provides a unique context for activating practices and discussions in response to contemporary issues. Collaborating with others – collectives, research organisations and other entities – I look forward to learning from shared experiences, contributing to developments in the city, and working towards qualitatively different futures.”

Using collaboration as a way to build new layers of connectivity and catalyse collective values, Joasia Krysa will invite curatorial contributions from organisations from around the world, to create new alliances and exchanges interwoven throughout the biennial. The cultural history and diverse environment of Vallisaari set a strict environmental framework for the exhibition, whilst inspiring broader topical questions in response to the world around us.

The inaugural Helsinki Biennial took place in summer 2021 on Vallisaari Island. It presented 41 artists from both Finland and around the world. 148,000 people visited Vallisaari and in addition, the biennial provided art experiences around Helsinki. Leaving a lasting legacy of contemporary art, a number of Biennial artworks – including sculptures by Alicja Kwade and Laura Könönen – have become permanent features of the city’s public art collection.

Maija Tanninen-Mattila, Director of HAM Helsinki Art Museum and Helsinki Biennial says: “We’re thrilled to welcome Joasia to the Helsinki Biennial team. Joasia’s collaborative model of curating and interest in technology and digital art respond to the pertinent issues of our time. The Biennial is part of Helsinki’s ambitious cultural vision; we look forward to building on our commitment to local co-creating whilst expanding the perspective of Helsinki Biennial globally by creating connections between local and international communities.”

Helsinki Biennial is an international contemporary art event which takes place on Vallisaari Island and extends to other locations on the mainland. Informed by Vallisaari – a former military island fusing wild nature and urban heritage – sustainable and responsible values lie at the core of Helsinki Biennial. Free to the public, each edition includes major site-specific commissions by leading international artists. Helsinki Biennial embodies the city’s ambitious cultural vision, committed to developing Helsinki’s art scene both on a grassroots and institutional level. A major initiative of the City of Helsinki, the Biennial is produced by HAM Helsinki Art Museum and directed by HAM’s director Maija Tanninen-Mattila. Its inaugural edition, ‘The Same Sea’, was curated by HAM’s head curators Pirkko Siitari and Taru Tappola.