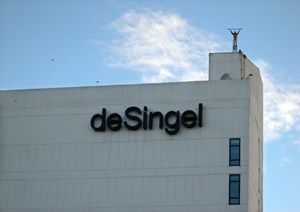 An image of the leading Flemish artist Jan Fabre has been removed from the roof of the Antwerp arts centre De Singel, for unclear reasons.

An image of the leading Flemish artist Jan Fabre has been removed from the roof of the Antwerp arts centre De Singel, for unclear reasons.

Fabre had created a life-sized statue of his own image, on a step-ladder and holding a ruler into the sky, and titled the work ‘The man who measured the clouds’. The work was mounted on the roof of the building, directly above the name of the centre.

Fabre is a controversial figure, as many artists are. His work covers theatre, film, figurative art and more. One of his more controversial productions was a video of him throwing living cats into the air in the Antwerp city hall, in a film to publicise a new film about him.

Now, however, it appears De Singel has found several reasons to remove him as the figurehead of the centre. 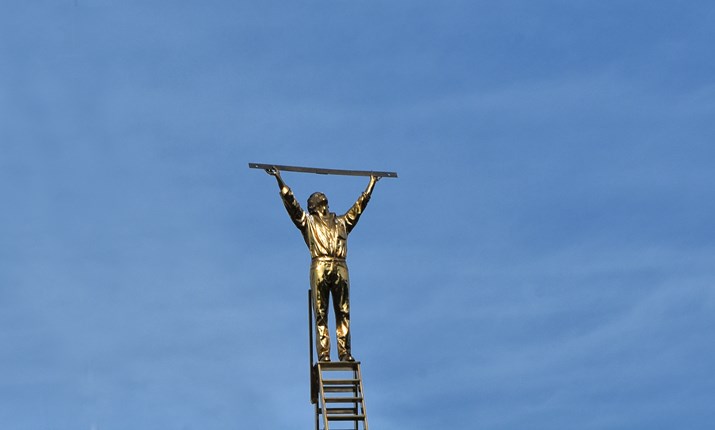 First, there was the matter of a renovation of the building. That began in March this year, and was allegedly required for cleaning work on the facade.

Now, that work has been completed, but the replacement of the figure has not taken place. According to centre director Hendrik Storme, that comes from a new view of management of the use of their image collection.

“During the corona time, we thought about how we should deal with the works of art in our sculpture park,” he told De Standaard.

“The image of Jan Fabre is less relevant than it used to be. There are several versions in public places. The uniqueness is gone and it has lost its sharpness and poetry. An image of an artist who puts himself in the picture is less in line with our updated vision.”

But there may also be a darker motive. Since the image was in place, Fabre has faced serious accusations of sexually inappropriate behaviour from no fewer than 20 of the people with whom he formerly worked on his theatre and dance projects.

The labour tribunal of Antwerp has ruled the artist must respond to those charges, which include sexual harassment and violence. Storme explained:

“The complaints against Jan Fabre strengthen our conviction that this image is not in the right place here,” he said.

“Art education is also provided in our buildings. Dozens of art students give their best here and sometimes literally expose themselves. Then an image of the artist who glorifies himself is not appropriate.”