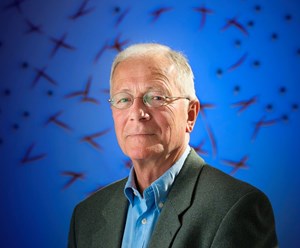 Jacob Kohnstamm has been appointed Chair of the Advisory Committee on the Assessment of Restitution Applications for Items of Cultural Value and the Second World War (the Restitutions Committee).

Jacob Kohnstamm has been appointed Chair of the Advisory Committee on the Assessment of Restitution Applications for Items of Cultural Value and the Second World War (the Restitutions Committee). Ingrid van Engelshoven, Minister of Education, Culture and Science, made the decision. The appointment, which took effect on 28 September 2021, is for a period of three years, with the option to renew once.

The Restitutions Committee is an independent body that advises the Minister of Education, Culture and Science about the restitution of items of cultural value lost involuntarily through the actions of the Nazi regime. Restitution policy was recently evaluated by a committee of the Council for Culture. It was chaired by Jacob Kohnstamm. This evaluation resulted in a change in the framework for assessing restitution applications and in renewed efforts to investigate the provenance and original owners of possible looted cultural material. As Chair of the Restitutions Committee, Jacob Kohnstamm will now implement the revised restitution policy.

He studied law and became a member of the Dutch Bar. Later he was, among other things, a Member of the Lower and Upper Houses of the Dutch Parliament for the Democrats 66 Party and from 1994 to 1998 he served as State Secretary for the Interior. He chaired the Dutch Data Protection Authority from 2004 to 2016 and was the Coordinating Chair of the Regional Euthanasia Review Committees from 2016 to 2021. He furthermore served on a part-time basis on various boards and committees, including chairing the board of the Amsterdam Resistance Museum Foundation.