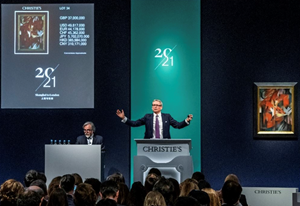 Across the three sales, registered bidders from 34 countries and 5 continents reflect the strength of global demand, with 21% of buyers from Americas, 31% APAC and 49% EMEA. Millennial collectors accounted for 28% of registrants to the auctions.

Shanghai to London led with museum quality paintings by Francis Bacon, Lucian Freud, Franz Marc, and Pablo Picasso:
• Franz Marc’s The Foxes (Die Füchse) sold for £42,654,500, setting a new world auction record for the artist and the highest price ever achieved in Europe for a restituted work of art. A masterpiece of Modernism, the painting has graced several great collections over the course of its life, most recently the Kunstpalast Museum in Dusseldorf, before its restitution to the heirs of Kurt and Else Grawi
• The sale of Francis Bacon’s Triptych 1986-7, which realised £38,459,206, coincides with the Royal Academy’s seminal exhibition ‘Francis Bacon: Man and Beast’ in London
• Pablo Picasso’s surrealist masterpiece, La fenêtre ouverte, a self-portrait of the artist with his great muse Marie-Thérèse, offered at auction for the first time, led The Art of the Surreal Evening Sale (£16,319,500)
• Lucian Freud’s intimate and tender portrait, Girl with Closed Eyes (1986-87) made its auction debut, selling for £15,174,500 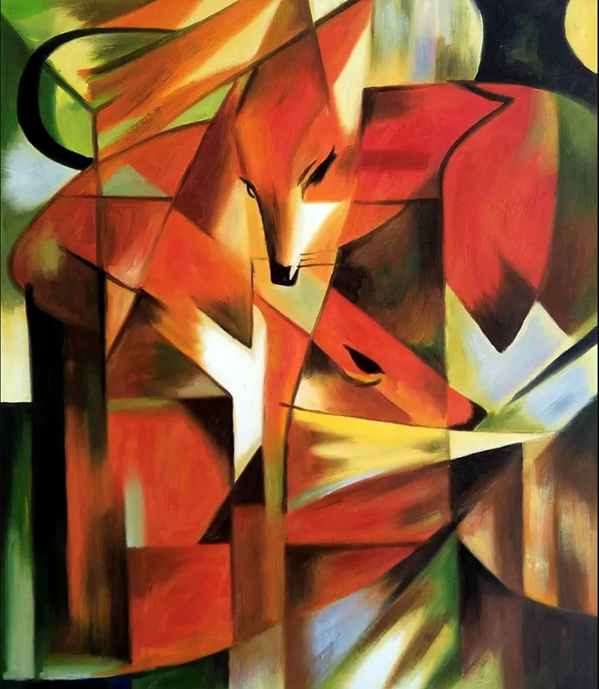 Further highlights of the 20th/ 21st Century London auction included:
• Flora Yukhnovich’s Tu vas me faire rougir (You’re going to make me blush), derived from Jean-Honoré Fragonard’s The Swing (1767), sold for £1,902,000, more than seven times the pre-sale estimate
• Jadé Fadojutimi’s Acquainted Intruder sold for £942,000
• World of Women, Woman #5672, a rare NFT created by an artist and an online community on a mission to rebalance gender representation in the digital realm, sold for £567,000
• Pablo Picasso’s Le repas frugal achieved £6,014,500, a world record for any print at auction
• Peter Doig’s Some Houses on Iron Hill attracted spirited bidding from London, New York and Shanghai on the telephones and via Christie’s Live, selling for £2,442,000, more than four times the pre-sale estimate

Antony Gormley’s Root achieved £350,000 (hammer price), to benefit the environmental charity ClientEarth, as part of the initiative with the Gallery Climate Coalition, Artists for ClientEarth, which has raised a total of £4,989,064 (hammer price) to date. Other charitable sales this evening included Fernand Léger’s Composition which realised £6,243,500, with proceeds benefitting Volkart Foundation and Pablo Picasso’s Jeune homme de profil from The Berggruen Family Collection, which sold for £233,100 to benefit New York’s Carnegie Hall.

For further commentary on the sale series, please read the post-sale report on Christies.com.