Hello, Robot. Design Between Human and Machine: An Exhibition by the Vitra Design Museum, Vienna 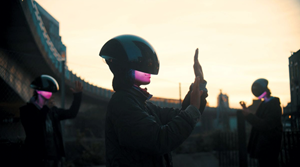 Hello, Robot. Design between Human and Machine« has been the Vitra Design Museum’s most successful exhibition ever and will now return to Weil am Rhein at the end of its world tour.

Science fiction becomes reality: robotics has taken on a growing role in our lives for a number of years now. Examples range from transport drones and disability robots to internet bots. First presented in 2017, »Hello, Robot. Design between Human and Machine« has been the Vitra Design Museum’s most successful exhibition ever and will now return to Weil am Rhein at the end of its world tour. As the robotics boom continues unabated, this presentation will be supplemented by important new developments in robotics and digitalisation of the past few years. More than 200 exhibits from industry and the home, as well as computer games, media installations and examples from film and literature, such as the famous R2-D2 robot from Star Wars. They all illustrate how much our lives are already permeated by robots, even in the most intimate domains. At the same time, the last few years have shown the extent to which our political discourse – such as in public elections or debates about diversity or climate change – can be shaped by algorithms and artificial intelligence, and the risks we are incurring as a result. The exhibition broadens our view of the ethical, social and political questions that arise as our environment becomes increasingly robotic. 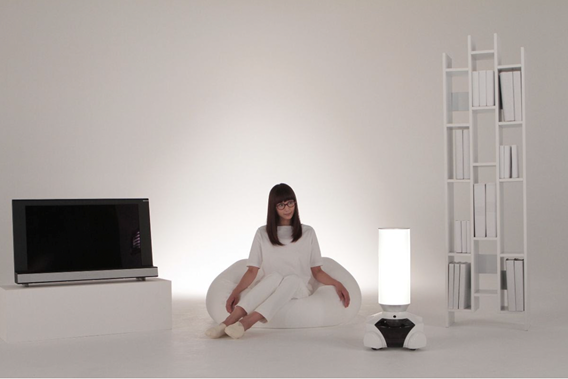 The robots are here. What once sounded like science fiction or a conspiracy theory has long become a banal feature of our everyday lives. Cars, washing machines, ATMs, drones, driverless trains between airport terminals, digital assistants that address customer concerns – all this and much more is at least partly automated today. For the definition of a robot is simpler than one would think: a device that collects data; software that interprets this data; and finally a device that generates an ensuing reaction. The output can be a point of light on the screen, but also heat, sound or movement. Self-learning algorithms – so-called bots – count as robots, as do communicative everyday objects – the Internet of Things. In simplified terms, everything that is »smart« is considered a robot. And this no longer applies only to individual objects, but ultimately to our entire environment, which is becoming even more self-learning and autonomous every day.

Design is at the interface between humans and this robotic environment. This goes far beyond the mere design of form and function. Instead, »Hello, Robot.« looks at how design shapes the interaction and relationship between people and machines, but also between individuals – for better or for worse. In the process, we have to ask ourselves a number of questions, beginning first and foremost with: how do we – as individuals and as a society – want to deal with new technologies?

Visitors encounter 14 questions on their way around the exhibition, which address the topic of robots in four stages. They all deal with various aspects of the controversial debate surrounding robots and seem only at first glance to be easily answered with a yes or no.

The first part of the exhibition looks at the old modernist enthusiasm for artificial humans and how popular culture has shaped our understanding of robots. Here we meet not only legendary robots from film and literature, such as R2-D2, the lovable astromech droid from Star Wars, but also the very real, four-legged Boston Dynamics robot Spot. The robot dog assists in missile tests and in excavation sites at Pompeii, he more recently gained questionable fame in a video showing him in a deserted Shanghai. A megaphone is taped to his back, urging people to comply with strict Covid measures. 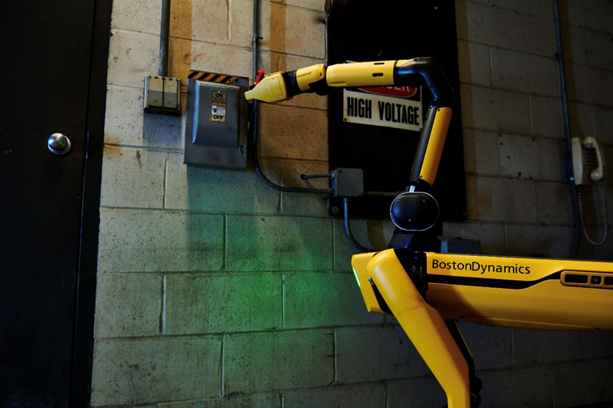 The second section of the exhibition is dedicated to the field in which robotics experienced its breakthrough: industry and the world of work. While robots are repeatedly portrayed as a threat to workers today, »Hello, Robot.« illuminates the current debate on this topic from very different perspectives. The spectrum of exhibits ranges from the classic industrial robot to an installation by the group RobotLab, in which a robot produces manifestos on a continuous basis and thus questions the boundaries between human creativity and the automation of work. One example is the Motorola Symbol (2009), a so-called wearable terminal which is already being used in large logistics centres. The aim is to make work processes more efficient: Orders appear directly on the screen and the scanner worn on the finger registers its completion. Through this fusion of man and machine, workforce performance is monitored live. This controversial development is the subject of heated discussions and repeatedly makes negative headlines.

The third part of the exhibition shows how we are developing a closer personal relationship to new technology – as a »friend and helper« in everyday life, for household chores, in care facilities, as a digital companion or even for cybersex. It is particularly exciting to observe how not only the relationship between man and machine is changing, but also interaction between people. One example shown in the exhibition is a tapestry by French artist Éva Ostrowska. Her work is a humorous and subversive take on how women can protect their privacy in the age of dating apps.

Hello, Robot. Design Between Human and Machine will run from September 24 2022 to March 5 2023, at Vitra Design Museum