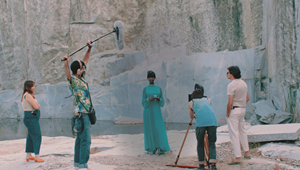 Grace Ndiritu has won the 2022 Film London Jarman Award, announced at a special event at the Barbican Centre.

Grace Ndiritu has won the 2022 Film London Jarman Award, announced at a special event at the Barbican Centre.

Grace Ndiritu is a British Kenyan artist who works across moving image, performance art, publishing and fashion. Her ground-breaking work is primarily concerned with finding moments of transformation and healing in our contemporary world. Engaged with both the spiritual and the political, Ndiritu is committed to collective healing and in exploring ‘what we have in common as human beings rather than what divides or makes us different.’ Her art and activism is inspired by alternative communities, spirituality and lifestyles. 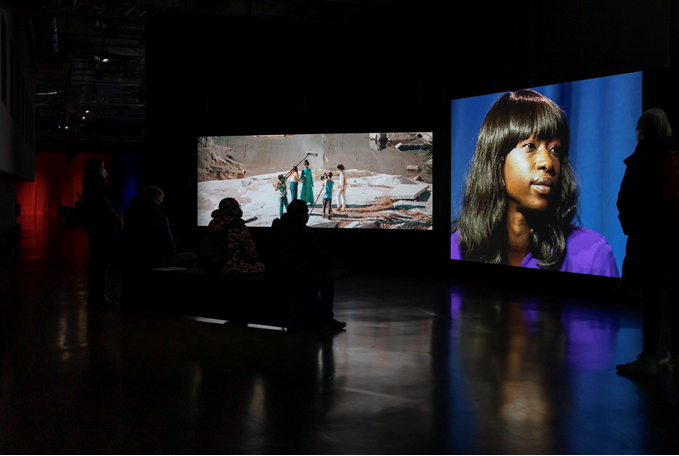 Ndiritu’s non-rational and shamanistic practice explores global issues such as environmental justice, immigration and indigenous land rights. In her 2-screen film Black Beauty: For a Shamanic Cinema (2021), Ndiritu creates a speculative fiction mistaken by many audience members for archival footage. Set in 1983, the film features a black model and talk show host in conversation with the Argentinian writer Jorge Luis Borges, as they debate climate change, pandemics, migration, colonialism and time travel. In Becoming Plant (2022) we follow six dancers, living together on a demilitarised industrial site, who participate in a therapeutic group experiment with psychedelics. The film serves as a catalyst to discuss wider social and relational issues such as science, spirituality, psychiatry, healing, healthcare and the problems of collective depression and trauma resulting from life in the age of Late Capitalism.

Inspired by Ndiritu’s own experiences in New Age communities, The Ark (2017) was an experimental research/live art project that invited participants to develop radical new ways of addressing contemporary global issues, and an artistic model for an off-grid community within an urban setting. In COVERSLUT© (2018), a fashion and economics research project, Ndiritu worked with refugees, migrants and young artists to create a PAY WHAT YOU CAN clothing line dedicated to issues of class, race and gender.

In 2012 Ndiritu took the radical decision to reject urban life and consumerism and to live a nomadic existence, in rural, alternative and often spiritual communities.  Since then she has lived in both Thai and Tibetan Buddhist monasteries, permaculture communities in New Zealand, with forest tree dwellers in Argentina, neo-tribal festivals such the 'Burning Man' in Nevada, a Hare Krishna ashram and the 'Findhorn' New Age community in Scotland. 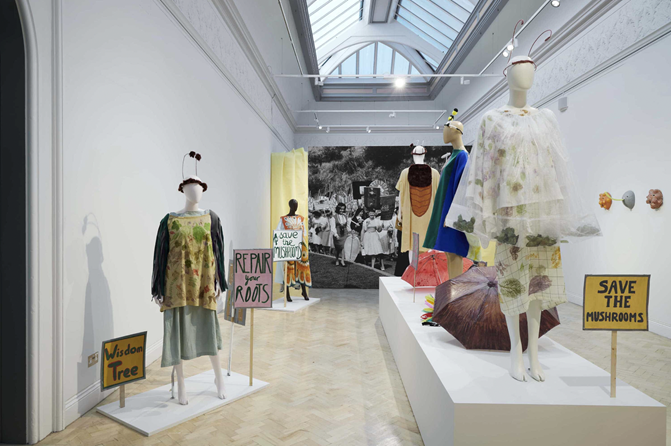 Members of the Jury said: “With a highly individual filmmaking practice underpinned by a strong commitment to political, social and spiritual values, the jury were impressed by Grace Ndiritu’s moving image practice, within a body of work that spans books, films, installation and performance. Her broad and prolific practice carries a distinct stylistic signature in work that is sincere and genuine, that both provokes and entertains. The jury commended the complex and nuanced ways that issues such as mental health and the ramifications of climate change are interwoven into her two most recent films Black Beauty (2021) and Becoming Plant (2022), deftly directed with an innovative understanding of film form.”

Adrian Wootton, Chief Executive of Film London and the British Film Commission said:
‘The Film London Jarman Award is central to our support of artist filmmakers and we are thrilled to congratulate this year’s winner, Grace Ndiritu, whose work explores very urgent global issues such as environmental justice and immigration. We would like to congratulate all of the shortlisted artists and look forward to seeing what the future holds for them. Risk-taking in both subject matter and form, the 2022 shortlist showcases a diversity of themes that question and articulate the world around us and we are delighted to be able to showcase their work in this way, bringing artists’ moving image to an ever growing audience. A sincere thank you goes to our funders, Arts Council England who have recently offered a further three year funding settlement to Film London’s Artists’ Moving Image Network, giving the go ahead to continue this important work. Thanks also go to returning partner Whitechapel Gallery and our Film London Jarman Award Patrons for all their on-going support.”
The Jarman Award, established in 2008, celebrates the diversity and creativity of artists working in film today, and is run in partnership with the Whitechapel Gallery.