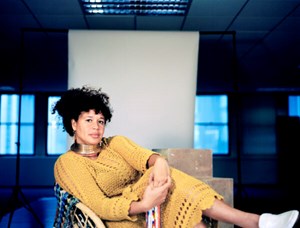 Glasgow International, the largest festival for contemporary visual art in Scotland, has announced details of its ninth edition taking place across the city from 11 – 27 June 2021.

Glasgow International, the largest festival for contemporary visual art in Scotland, has announced details of its ninth edition taking place across the city from 11 – 27 June 2021. Comprising over 70 exhibitions and events, performances and talks at over 30 spaces across the city and online, and showcasing work by over 100 artists; the 2021 festival – originally scheduled to open in April 2020 – will highlight Glasgow as a centre for the production and display of innovative contemporary art through its Commissioned and Across the City Programmes.

GI2021 will also present a Digital Programme, giving artists an alternative space in which to present work.

The festival’s theme is Attention; a topic which has shifted in emphasis over the past year, and the significance of which has, in many respects, become amplified.

A Glasgow International and Tramway co-commission, a new episode in Martine Syms’ ongoing video installation project SHE MAD (2015- ), incorporating elements of the sitcom format and past TV series to explore ‘the sign of blackness in the public imagination’.

One of the most in-depth presentations to date of work by the late Scottish painter Carol Rhodes (b. Edinburgh, 1959; d. Glasgow, 2018), whose drawings, paintings and reference materials, many previously unseen, will be displayed at Kelvingrove.

A major new film commission by Georgina Starr, Quarantaine (pictured above), continues Starr’s preoccupation with the otherworldly and the occult, as well as her longstanding interests in the visionary aspects of experimental cinema. The work is co-commissioned by Film and Video Umbrella, the Hunterian and Leeds Art Gallery, with Art Fund support.

Across the City programme highlights include:

New work by photographer, media artist and researcher Ingrid Pollard at Glasgow Women’s Library, developed in response to its Lesbian Archive and Information Centre, the largest in the UK.

Tobacco Flower, a major body of new work by Jimmy Robert made especially for GI, which explores multiple traces left by Glasgow’s role within colonialism and engages directly with The Hunterian and its historical collections.

The first solo presentation in Scotland by the late Donald Rodney, whose work examines and critiques racialised identity and its socio-political consequences, at artist-run space Celine Gallery.

The Digital Programme, which goes live on 11 June, includes a newly commissioned film with Anne-Marie Copestake involving artists from across the programme in dialogue, inviting connections and conversations at a time when this has been restricted. Digital Programme exhibitions can be searched on the site now so you can see what is planned ahead of them going live.

Newly conceived for Glasgow International 2021 is a programme of conversations and workshops, panel discussions, performances and a range of other online and offline events produced with Art Fund support.

The GI events programme is a partnership between Glasgow International, Performance Network (which consists of GI, Liverpool Biennial and Block Universe) and the Black Curators Collective (a collective for Black women and non-binary curators in the UK).

The events programme also includes a partnership with the Roberts Institute of Art (formerly David Roberts Art Foundation) to present a hybrid programme of live and digital events bringing the performance work of artists Paul Maheke, Nina Beier and Lina Lapelytė to the festival.

The Canal Programme centres around a new film by Alberta Whittle (picture below), co-commissioned with Glasgow Sculpture Studios, which explores the colonial history of the Forth & Clyde canal and the role of waterways in the voluntary and involuntary movement of people.