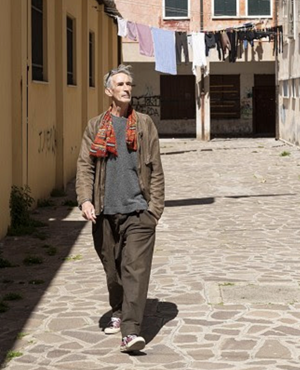 The decision was made by the jury consisting of Matthias Mühling, Director of the Städtische Galerie im Lenbachhaus in Munich, and the board members of the Gesellschaft für Moderne Kunst: Mayen Beckmann (Chairwoman), Gabriele Bierbaum, Sabine DuMont Schütte, Yilmaz Dziewior (Director, Museum Ludwig), Jörg Engels (Treasurer), and Robert Müller-Grünow.

"Of course I am much honored, and in these polarized times, receiving such an award is significant and invigorating as it makes me feel that there is some coincidence of my own preoccupations and the public’s, and that a dialogue is possible," said Francis Alÿs.

Guest juror Matthias Mühling on the choice of the recipient of the Wolfgang Hahn Prize 2023: ‘The work of Francis Alÿs is anchored in the political and is at the same time poetic. His works often take the form of stagings of the absurdity of everyday life. With the simplest of artistic gestures, he tells of the complex social and all too often unequal realities of life in our societies. Contradictions of political and cultural regimes thus become just as tangible as the contradictions of his own aesthetic productions, which Alÿs formulates and presents in a pointed manner. Most recently, Francis Alÿs delighted audiences and critics alike at the 59th Venice Biennale with a work on the political constitution of global children’s play. His exemplary documentaries on children’s play are observations that make the major themes of our present understandable in an empathetic way: for example, the burdens of colonial history and the resulting inequality of living conditions, as well as the utopias that lie in the beauty of shared play.’

‘We consider ourselves very fortunate to have nominated Francis Alÿs as an awardee from the numerous and top-quality proposals from our members; his socially critical art can give us impulses that impart important values for our coexistence in a time of upheavals and uncertainties. In an almost causal manner, he pursues with his work the possibilities of documenting seemingly everyday scenes and actions in challenging circumstances. For his photographic and video works, drawings, and paintings, Alÿs goes to regions of smouldering conflicts such as Afghanistan, Iraq, the Straits of Gibraltar, Jerusalem, or his hometown Mexico City. Whether we understand his vivid narratives as an invitation to re-examine our codes of values is something the artist leaves up to us in an inspiring way,’ explains Mayen Beckmann, Chairwoman of the Gesellschaft für Moderne Kunst.

Yilmaz Dziewior, Director of the Museum Ludwig: ‘Francis Alÿs works across media boundaries. In his works, his unique artistic position manifests itself in the way he observes our society. Alÿs’s investigations and actions, when he himself appears as a protagonist in his own works, involve themes such as migration, border demarcations, and the consequences of globalisation, and are a source for his oeuvre as a whole. Despite numerous exhibitions, Francis Alÿs’s works in Germany have thus far been represented primarily in private collections. The fact that the Museum Ludwig will receive a major work by the artist through the acquisition for the Wolfgang Hahn Prize 2023 is a great enrichment for our institution.’

Francis Alÿs(b. 1959 in Antwerp) lives and works in Mexico City. Trained as an architect and urbanist, he moved to Mexico in 1986 to work with local NGOs. He has been active in the visual arts since 1990, working across media with painting, drawing, actions, installation, video, and photography. Over the past twenty years, he has carried out numerous projects in collaboration with local communities around the world, from South America to North Africa and the Middle East. Francis Alÿs is representing Belgium at the 59th Venice Biennale until November 2022. Further exhibitions have been held at, among others: Musée cantonal des Beaux-Arts, Switzerland, 2021-2022; Tai Kwun - Centre for Heritage & Arts, Hong Kong, 2020; Rockbund Art Museum (RAM), Shanghai, 2018; Ikon Gallery, Birmingham, 2018; Art Gallery of Ontario, Toronto, 2017; DOCUMENTA (13), Kassel, Kabul, Afghanistan; Museum of Contemporary Art, Tokyo, 2013; The Museum of Modern Art, New York, 2011; Tate Modern, London, 2010; The Israel Museum, Jerusalem, 2005; Museo Nacional de Arte Reina Sofía, Madrid, 2003; Museo de Arte Moderno, Mexico City, 1997. He received the Blue Orange Prize in 2004, the Vincent Award in 2008, the BACA-Laureate Prize in 2010, the EYE Art & Film Prize in 2018, and the Whitechapel Gallery Art Icon Award and the Rolf Schock Prize in Visual Arts in 2020.