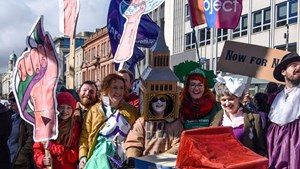 Tate Britain today announced the shortlist for Turner Prize 2021: Array Collective, Black Obsidian Sound System, Cooking Sections, Gentle/Radical, and Project Art Works. This is the first time a Turner Prize jury has selected a shortlist consisting entirely of artist collectives. All the nominees work closely and continuously with communities across the breadth of the UK to inspire social change through art. The collaborative practices selected for this year’s shortlist also reflect the solidarity and community demonstrated in response to the pandemic.

Alex Farquharson, Director of Tate Britain and Chair of the Turner Prize jury, said: “One of the great joys of the Turner Prize is the way it captures and reflects the mood of the moment in contemporary British art. After a year of lockdowns when very few artists have been able to exhibit publicly, the jury has selected five outstanding collectives whose work has not only continued through the pandemic but become even more relevant as a result.”

Francis Nielsen, Cultural & Creative Director of Culture Coventry, said: “We are incredibly excited to work with the five collectives to present their work at the Herbert as part of UK City of Culture 2021. We pride ourselves on our socially engaged programme, rooted in and relevant to our local communities – something echoed by the practice of each collective. This selection of artists and the timing of this Turner Prize presents us with the opportunity to do something truly exceptional.” 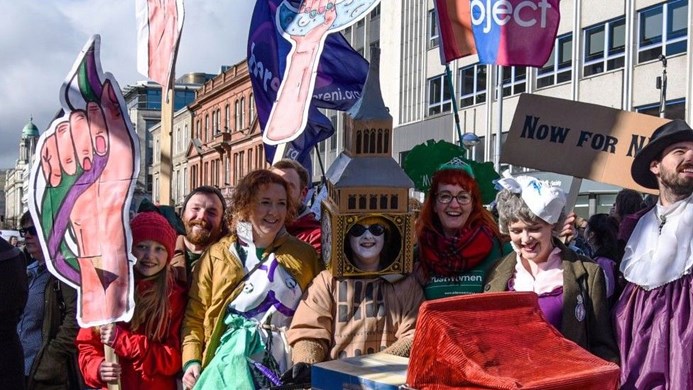 Array Collective is a group of Belfast-based artists who create collaborative actions in response to issues affecting Northern Ireland. Their work encompasses performances, protests, exhibitions and events. The jury commended the way Array Collective fuse seriousness with humour, and address contemporary issues using ancient folk imagery. Recent projects include public artworks in support of the decriminalization of abortion in Northern Ireland, challenging legislative discrimination of the queer community, and participation in the group exhibition Jerwood Collaborate! in London. 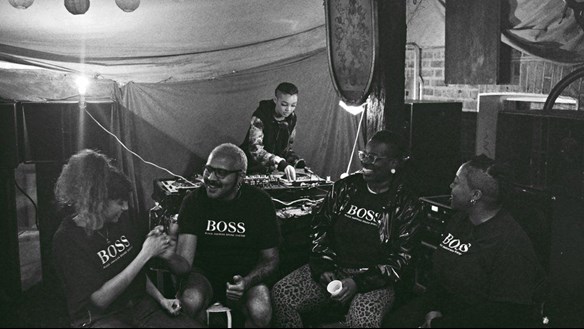 Black Obsidian Sound System (B.O.S.S.) is a London-based collective which works across art, sound and radical activism. Formed by and for QTIBPOC (Queer, Trans and Intersex Black and People of Colour), B.O.S.S. challenges the dominant norms of sound-system culture across the African diaspora through club nights, art installations, technical workshops and creative commissions. Recent projects include live events at Somerset House, and a Lux/ICO film commission Collective Hum, documenting the polyphony of collectivity. The jury praised B.O.S.S.’s live performances and their commitment to community, including an online 24-hour fundraising rave, organised in part by members of the collective. 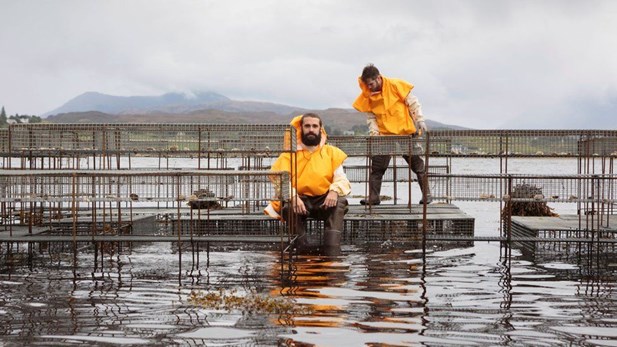 Cooking Sections is a London-based duo examining the systems that organise the world through food. Using installation, performance and video, they explore the overlapping boundaries between art, architecture, ecology and geopolitics. The jury applauded the ingenuity of their long-term CLIMAVORE project asking how our diet can respond to the climate emergency. Recent work has included a sound, light and sculpture installation at Tate Britain in 2020 reflecting on salmon farming, as well as an ongoing installation-performance in the Isle of Skye which sees an underwater oyster table turn into a community dining space at low tide. 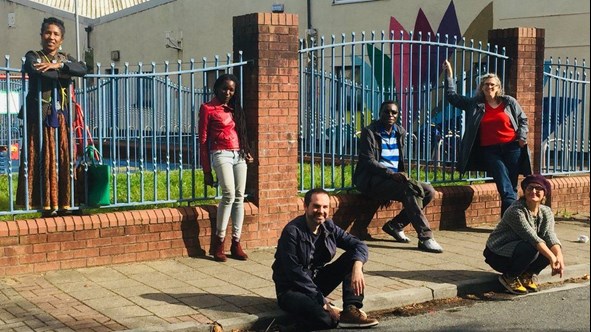 Gentle/Radical is a project based in Cardiff run by artists, community workers, performers, faith practitioners, writers and others, advocating for art as a tool for social change. They create real and virtual spaces for communities in Wales to engage with culture. The jury admired their deep commitment to the hyper-local community of Riverside in which they are based. Recent activities include Doorstep Revolution, an ongoing project to share neighbourhood stories during lockdown; and the Gentle/Radical Film Club, a pop-up cinema space for diverse communities to engage in dialogues around the urgent issues of our time through independent film. 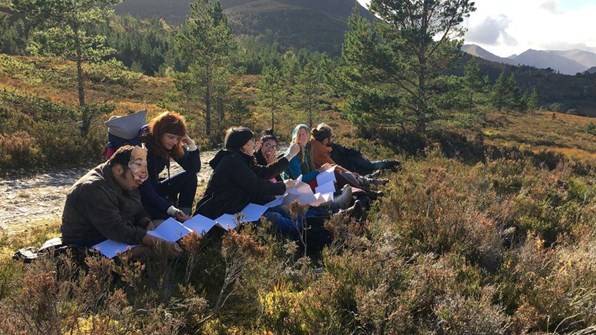 Project Art Works is a collective of neurodiverse artists and makers based in Hastings. They explore art through collaborative practice with, for and by neurominorities and disseminate their work through exhibitions, events, films and digital platforms. Recent projects include the film Illuminating the Wilderness 2019, which follows members of the collective with their families and carers exploring a remote Scottish glen. The jury praised their continuing work through the pandemic, both online and in a residency at Hastings Contemporary where passers-by could still encounter work by the collective through the windows of the closed gallery.

One of the world’s best-known prizes for the visual arts, the Turner Prize aims to promote public debate around new developments in contemporary British art. Established in 1984, the prize is named after the radical British painter JMW Turner (1775-1851). The Turner Prize winner is awarded £25,000 with £10,000 going to each of the others shortlisted.

An exhibition of all five Turner Prize nominees work will be held at the Herbert Art Gallery and Museum in Coventry from September 29, 2021 until January 12, 2022, as part of the UK City of Culture 2021 celebrations.