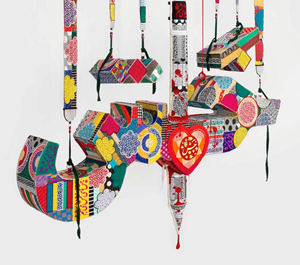 Frieze London and Frieze Masters will take place from October 12 to 16 in The Regent’s Park, bringing together galleries from 42 countries, to celebrate the creative spirit of the city.

Frieze London and Frieze Masters will take place from October 12 to 16 in The Regent’s Park, bringing together galleries from 42 countries, to celebrate the creative spirit of the city. Led by Eva Langret, Frieze London will feature over 160 of the world’s leading contemporary galleries. Frieze Masters, directed by Nathan Clements-Gillespie, will feature over 120 galleries, showing work from ancient to modern.

Eva Langret, Director of Frieze London said: ‘This year’s fair promises to not only celebrate the cultural life of London but also showcase its global reach. Our participating gallery list reflects the city’s position as an international centre, bringing together some of the most exciting galleries, from major names to emerging spaces. Our special sections, of Focus and Indra’s Net, will promote discovery and foreground some of the most exciting creative ideas that are shaping conversations on contemporary art today.’

Nathan Clements-Gillespie, Director of Frieze Masters added: ‘2022 marks an exciting year for Frieze Masters as we celebrate the fair’s tenth anniversary and our launch in Seoul. This year the fair will deliver an unmissable mix of art from across six millennia of history, featuring some of the most loved-figures as well as highlighting previously unknown talent. From Neolithic China to Nigeria in the 1960s, the opportunity for discovery is particularly evident in our special sections Spotlight, curated by Camille Morineau and AWARE, dedicated to pioneering women artists from the 20th century, and Stand Out which returns under the guidance of Luke Syson.’
A strong line up of galleries from across the globe will participate in Frieze London 2022, offering visitors the opportunity to encounter the work of some of the most important artists working today, as well as discovering new names. Alongside the main section of the fair, Focus is devoted to galleries established in the last 12 years.

The fair will once again foreground new ideas that are shaping conversations about contemporary art today. Sandhini Poddar (Adjunct Curator at the Guggenheim Abu Dhabi) will curate this year’s special section, ‘Indra’s Net’, which is a term derived from Buddist and Hindu thought and refers to an ethics of being in which an individual atom holds within it the structure of reality. Poddar refers to the idea as akin to ‘a vast bejeweled net: at every nexus there is a reflective orb that mirrors and refracts every other orb in its entirety. Every part is held within the whole in a system of dependent origination. All sentient life is interconnected and interdependent; shifts to one atom subtly alter the rest.’

‘Indra’s Net’ will feature 10 dedicated presentations, as well as a number of cabinet-style displays scattered throughout the main section of the fair.