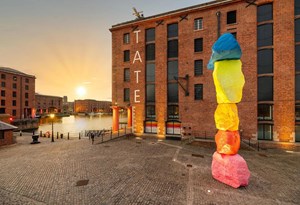 The government has announced that British museums and galleries will receive a £ 850m grant to “bring” cultural hotspots.

The government has announced that British museums and galleries will receive a £ 850m grant to “bring” cultural hotspots.

The funds will be used to restore and upgrade some of the country’s most popular institutions, including the V & A Museum in London, Tate Liverpool and the Imperial War Museum in Duxford.

Prime Minister Rishi Sunak will announce a three-year investment in his budget next Wednesday. Other facilities that will benefit from funding include the National Railway Museum in York and the site of the British Library at Boston Spa in Yorkshire.

A total of £125m will be invested in new efforts to build a new state-of-the-art scientific research center in Oxfordshire, which is part of the Natural History Museum.

The center, which will open in 2026, will house 27 million specimens, more than one-third of the museum’s entire collection, and will be digitally accessible to researchers around the world.

The government hopes to help strengthen the UK’s position in addressing global challenges such as climate change, biodiversity loss and emerging infectious diseases.

In addition, more than £ 75m will be spent helping museums and libraries in 110 regions improve their buildings and upgrade their digital facilities, the Treasury said.

The flagship High Street Heritage Action Zone program will also be funded to continue its mission to revive the town centres throughout England.

A total of 67 high streets will benefit. Local governments are using the money to refurbish and repair old buildings into new homes, shops, workplaces and community centers.

Snack said: “From science museums to art galleries to our most important historic sites, I’m proud to be part of a country with such a strong cultural heritage.

“That’s why we’re investing hundreds of millions of dollars, so people can enjoy their favorite spots not only today, but for future generations.”