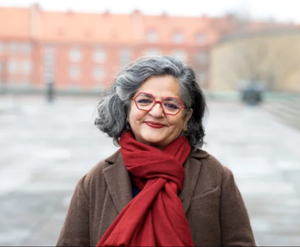 The Hasselblad Foundation has announced Dayanita Singh, recipient of the 2022 Hasselblad Award.

The Hasselblad Foundation has announced Dayanita Singh as recipient of the 2022 Hasselblad Award.

Dayanita Singh lives in New Delhi and is the first laureate from South Asia as well as the first to receive the new prize sum of SEK 2,000,000. The award ceremony will take place in Gothenburg, Sweden on the 14th of October 2022. On the same day, an exhibition with a selection of Dayanita Singh’s signature works will open at the Hasselblad Center and a publication about the artist, including a newly written essay by the Turkish writer Orhan Pamuk, will be released.

Through her extensive photographic oeuvre Dayanita Singh has paved new ways for engaging with images. From a humanist approach to portraiture to a consistent interest in the archive, her wide-spanning photography is innovatively presented in books and installations.

Her unique mobile ‘museums’ allow her images to be edited, re-sequenced, archived, and displayed, making the viewer an avid participant. With a distinctive sense of materiality, the ‘museums’ present her photographs as interconnected bodies of work charged with both poetic and narrative possibilities. Making images nurtured by a boundlessly curious intellect, Dayanita Singh’s influence on the younger generations of photographers, internationally but especially in India, has been and still is far-reaching. 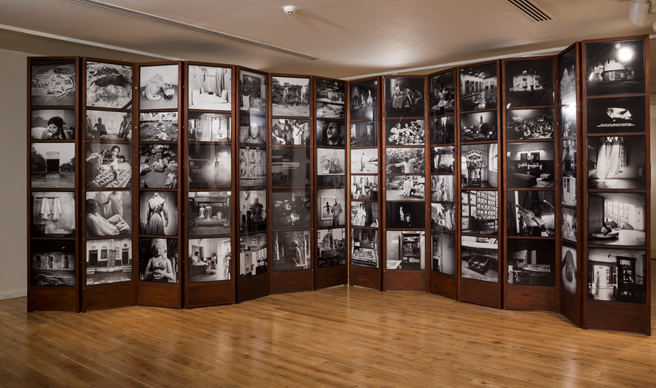 The jury behind the 2022 Hasselblad Award:

The Hasselblad Award Jury which submitted its proposal to the Hasselblad Foundation’s Board of Directors, consisted of:

”I can hardly believe this is true, I feel honored and humbled to receive this award from the Hasselblad Foundation” Dayanita Singh says. “For years I had wanted to teach a class called ’Dancing with my Hasselblad’. And now to have this award as well as be in the esteemed company of previous awardees is beyond my imagination. I accept this award on behalf of my book objects and mobile museums.”

“Dayanita Singh generously opens up for intimate, affective and physical encounters with photography” say Stefan Jensen and Louise Wolthers, curators of the upcoming Hasselblad Award exhibition. “Through photography she records and shapes the stories told within the structure of the archive before turning it into a new form. Her works are moving in several senses of the word: the audience is both touched by and is encouraged to touch the images. This will be reflected in the exhibition at Hasselblad Center, which will focus on her portable ‘museums’ and the meaning of archives.”

“Through her intuitive, multivalent approach to photography, Dayanita Singh is able to both record and re-animate the ineffable character of the human experience. In an increasingly virtual age, her practice is rooted in worldly physicality. Whether seen in a book, print, or self-contained wooden structures, her pictures engage the past and the present in a manner that is as textured, immediate, and unpredictable as life itself.”

Dayanita Singh was born in 1961 in New Delhi, India, where she currently lives and works. She studied Visual Communication at the National Institute of Design in Ahmedabad, graduating in 1986. Her final project was the photobook Zakir Hussain that recorded her time spent following the celebrated tabla maestro as he performed around India. In 1988 she completed her photojournalism and documentary photography studies at the International Center of Photography in New York. On returning to India Singh was asked to photograph the Hijra community and this is when she met Mona Ahmed who became a lifelong friend. Continuing to avoid clichés, sentimentality and photographic conventions Singh moved on from photojournalism. In a quest to challenge exotifying conceptions of India she also focused on members of her own social milieu.

Since 1989 her work has been shown in numerous international publications, and the first internationally acclaimed exhibition was Empty Spaces, at Frith Street Gallery, London, in 2001. Soon thereafter Singh began testing the permeability of the photobook, creating novel methods of exhibiting her work – and publishing became a significant part of her practice. Through the books, she experiments with alternate forms of producing and viewing photographs while blurring the boundaries between book, object and exhibition — the photobooks becoming a gallery for the photographs and the exhibitions serving as catalogues for the books. In works like Sent a Letter (2008) Singh continued exploring ways to disseminate her work to a larger audience, designing miniature accordion-style photobooks, such as a calico covered box with seven notebooks inside.

In 2007 Singh published Go Away Closer, with 31 black-and-white photographs and no text, a book she describes as a novel without words. In the series of Blue Books (2008) Singh published photographs made during her wanderings in industrial landscapes, places that could be anywhere in the world. This was followed by the book Dream Villa (2010), a publication that shows how the night can transform everyday situations into mysterious and unsettling events.

Over the next decade, Singh developed her idea of the book-as-exhibition Museum Bhavan (2017), a collection of nine volumes and text — each its own museum. Museum Bhavan follows earlier projects including the File Room (2010), a requiem to paper in the digital age. File Room contains photographs of archives with endless rows of paper from government officials, Indian courtrooms, and institutions. These archives show the problems of communal memory and remembrance in a country of more than a billion inhabitants. Museum of Chance (2015) elusively unfolds to reveal images by chance, weaving together stories and timelines in a never-ending labyrinth of connections.

By rethinking the two modes in which photography is most traditionally received, Singh has created a primary experience of her work via objects meant to be held, seen, and read. Suitcase Museum (2015) assembled images from her immense archive in two suitcases that allowed flexibility of movement and display. With Museum of Shedding (2016) Singh again broke new ground: the entire assemblage held display stands while containing a bed, chairs, desk and a cabinet for storing prints, in essence attending to the curator’s need within a museum. Recently, the museums have evolved into the singular pillar form, consisting of five cubes that can be packed flat and accompanied by a stool. Her Montage series, drawn from her own extensive archive of interconnected bodies of work, is a result of combining prints of the same size with a single, decisive cut.

Over the decades of her career Singh has exhibited internationally in over sixty solo shows and more than a hundred select group exhibitions. She is the recipient of six international awards, and has over 20 published books, notably with a consistent collaboration with the publisher Gerhard Steidl. During the spring of 2022 Singh will have a large retrospective exhibition at the Martin Gropius Bau in Berlin, Germany. Singh’s latest publication Let’s See with Steidl will be released in June 2022.