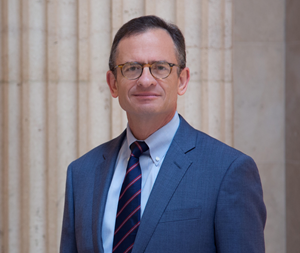 Daniel H. Weiss, President of The Metropolitan Museum of Art since 2015 and President and CEO since 2017, has said that he intends to step down in June 2023.

Daniel H. Weiss, President of The Metropolitan Museum of Art since 2015 and President and CEO since 2017, has said that he intends to step down in June 2023. An accomplished scholar and author who holds a PhD in art history and an MBA, Weiss was recruited to lead The Met in 2015 after tenures as a college president, university dean, and professor of art history. He led the Museum through a series of historic challenges—financial, infrastructure, and societal—from which the Museum has emerged as a stronger institution with its place intact as among the most ambitious, programmatically robust, and financially strong cultural institutions in the world.

“Leading The Met has been an extraordinary honor,” said Mr. Weiss. “The Museum is an intergenerational institution in service to the world, and I have felt that profoundly from my first day here. We have an unparalleled collection and the resources to support one of the most ambitious cultural programs in the world. Throughout my years at The Met, I have benefited from the support of our exceptional staff, and I have learned from them every day. Having just completed our five-year strategic plan with my colleague and partner, Director Max Hollein, next year will be the right time for a leadership transition. I have every confidence that the Museum is on a path to a strong future.” Mr. Weiss turned 65 in June 2022.

“Dan Weiss has transformed The Met,” said Board of Trustees Co-Chairs Candace Beinecke and Tony James. “His vision, commitment to mission, and ability to inspire the large and diverse team of Met colleagues are exemplary, and the results speak loudly for themselves. We are immensely grateful for his service, and deeply appreciative that the Museum will benefit from his leadership for an additional year.”

“Dan has led the Museum through unprecedented times,” said Max Hollein, Marina Kellen French Director of The Met. “He has been an extraordinary partner, whose wisdom and judgment have set an example for us all. I look forward to working with Dan on the many exciting initiatives we have planned for the coming year.”

When Mr. Weiss arrived at The Met in 2015, the Museum faced escalating operating deficits and critical infrastructure needs. Weiss designed a corrective course that prioritized the most urgent building projects; assembled a team that addressed each revenue area of the Museum’s more than $300 million annual budget; and raised over $1.5 billion in private support for The Met. The Met’s budget was balanced within three years, during which time the Museum enjoyed record attendance levels with some 7 million yearly visitors and was voted as the world’s best museum by travel site Tripadvisor. In 2017 Weiss brought Max Hollein to the Museum to serve as Director and key leadership partner.

Mr. Weiss has been a local and national leader in navigating the COVID pandemic. The Museum was among the first major institutions in New York City to close—to protect its staff and visitors—and then reengineered its budget to enable The Met to retain staff throughout the five-and-a-half-month closure period, reopen with a vibrant program, and return to a balanced budget.

Major infrastructure projects completed during his tenure include the $150 million replacement of 30,000 square feet of skylights over the European Paintings Galleries (the largest infrastructure project in Met history); the reconception and expansion of the British Galleries; and the renovation of the Musical Instruments Galleries. More recently The Met has introduced three large projects that will each significantly transform the Museum: reconstructing and reimagining the Michael C. Rockefeller Wing (which houses the Museum’s collections of art from sub-Saharan Africa, Oceania, and the ancient Americas); renovating the Ancient Near Eastern and Cypriot Art Galleries; and the renovation of the Modern Wing, which was made possible by securing a $125 million gift from Met Trustee Oscar Tang and his wife, Agnes Hsu-Tang.

Among Weiss’s most lasting accomplishments will be his leadership with Hollein on diversity and inclusion. Having started a Museum-wide initiative in 2017, Weiss rallied the institution in the summer of 2020 to publicly commit to 13 Commitments on Anti-Racism and Diversity. The Museum quickly began implementing this work—including hiring its first-ever Chief Diversity Officer; securing funding so that all Met internships would be paid (among the first in the field to do so); and directing support to enhance acquisition of art by artists of color.

The Met has been vocal in critical discussions of cultural importance, speaking out against the invasion of Ukraine in 2022; the desecration of the Capitol Building in 2021; the destruction of Armenian cultural heritage sites in 2020; and, during the Trump administration, speaking out against the U.S.’s withdrawal from UNESCO and the proposed elimination of funding of the National Endowment for the Arts, the National Endowment for the Humanities, and the Institute of Museum and Library Services. Weiss also led a process with The Met’s Board of Trustees that resulted in The Met and members of the Sackler family mutually agreeing to remove the Sackler name from seven spaces within the Museum.

During his Met tenure, Mr. Weiss was named to the New York “Power List” by City & State, and he was elected to the American Academy of Arts and Sciences, the Council on Foreign Relations, and the Society of Scholars at Johns Hopkins University. An accomplished writer and the author of numerous books, in 2019 Mr. Weiss published an acclaimed biography of a Vietnam War helicopter pilot, and poet, who was tragically lost to the war, and in the fall of 2022 Yale University Press will publish Weiss’s Why the Museum Matters.

The Met has had several management models over recent decades involving the President, Director, and other key roles. Consistent with past practice, the Board of Trustees will undertake a review of the Museum’s leadership structure over the next few months.