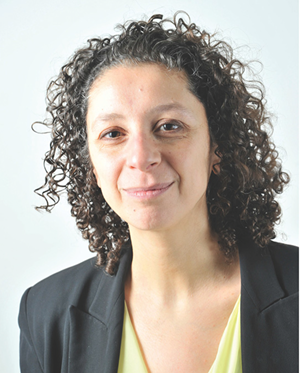 DACS’ Chief Executive Gilane Tawadros will be stepping down from the organisation which she has led for 13 years to take up a new role as Director of the Whitechapel Gallery in London.

DACS’ Chief Executive Gilane Tawadros will be stepping down from the organisation which she has led for 13 years to take up a new role as Director of the Whitechapel Gallery in London.

Since she became Chief Executive in 2009, DACS has become a leader in its field, paying out over £100m in Artist Resale Rights since 2006 and pioneering the use of emerging technologies for the benefit of artists and artists’ estates. Tawadros has also overseen the development of Artimage, a global digital platform for contemporary, and modern artists and the doubling of the revenues it generates for artists and artists’ estates to over £20m per year.

In 2014, DACS established a new HQ in Bethnal Green and commissioned the artist Anya Gallaccio and landscape architects del Buono Gazerwitz to create a new, site-specific artwork that celebrates the rich cultural history of east London.

In the same year, with strategic funding from Arts Council, England, as well as the support of Trusts and Foundations and a wide spectrum of artists and estates, DACS established the independent charity Art360 Foundation dedicated to supporting the archives and legacies of both emerging and established artists for the benefit of future generations.

In the wake of the Covid pandemic, DACS launched the Manifesto for Artists, crowd-sourced from artists, it sets out key policy changes that can make a significant difference to the financial sustainability of artists, including a proposal for a Smart Fund that could generate £300m a year for artists and communities across the country. Out of the Manifesto, alongside partner organisations (CVAN and A-N), DACS set up the All Party Parliamentary Group for the Visual Arts to increase understanding of the issues that artists face and enabling visual artists to have a voice within political and policy thought-leadership.

Gilane Tawadros said: “It has been a privilege to work for a unique organisation like DACS, established by artists for artists. I’m immensely proud of the work that DACS has done to support the financial sustainability of artists and artists’ estates who are so critical to the social, cultural, and economic fabric of the nation. These achievements would not be possible without the dedication, care and commitment of the talented and brilliant team and Board at DACS, nor without the trust that artists and estates have placed in DACS. The organisation will flourish and grow under new leadership, supporting artists in the essential business of being artists. I am looking forward to joining the Whitechapel Gallery, one of the world’s most pioneering cultural institutions that has been committed to the critical value of art and artists to everyone in society throughout its 120-year history.”

DACS Chair Margaret Heffernan said: “DACS is an exceptionally creative and vibrant organization that is totally devoted to making the working life of an artist sustainable. That it continued to do so with vigour at a time when an artist’s life became remarkably difficult is a tribute to Gilane and her team. Post-pandemic, this country has shown how deeply the visual arts are treasured and how much they contribute to the social and economic wellbeing of Britain. To sustain this means supporting artists, a role that DACS, headed by Gilane, has done and will continue to do with energy, imagination, and determination. I am very sorry to lose a leader of Gilane’s calibre but feel confident that the work of DACS will continue apace in honour of her work and the daily work of visual artists across the country.”

Dr David Dibosa, Chair of Whitechapel Gallery Trustees said:
“I am overjoyed that Gilane Tawadros will lead Whitechapel Gallery in the next stage of its history. Gilane has a compelling vision and brings decades of experience to help make this a reality. She believes in the role of art in society and knows how to equip institutions to play their part. Throughout her career, Gilane has remained committed to artists alongside all those who help to bring their work into public view. I have every confidence that Gilane Tawadros will bring our hopes to fruition, and build on the extraordinary achievements of Iwona Blazwick, who steps down after more than twenty years of leadership”.