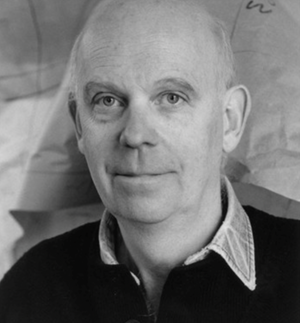 Renowned for his sculptures, drawings, and colossal public monuments that transform familiar, everyday objects into animated entities, Oldenburg was a leading voice of the Pop Art movement who, over the course of more than six decades, redefined the history of art.

Renowned for his sculptures, drawings, and colossal public monuments that transform familiar, everyday objects into animated entities, Oldenburg was a leading voice of the Pop Art movement who, over the course of more than six decades, redefined the history of art. Together with his wife and longtime collaborator Coosje van Bruggen, Oldenburg realized over 40 large-scale public projects around the world. Oldenburg and Pace Founder and Chairman Arne Glimcher maintained a friendship for 60 years, working closely since the early years of the artist’s career.

“I was honored to have this great friendship with one of the most radical artists of the 20th century. In addition to his inextricable role in the development of Pop art, he changed the very nature of sculpture from hard to soft, and his influence can be seen to this day.” - Arne Glimcher

Oldenburg rose to prominence in New York in the late 1950s and early 1960s, when he staged his Happenings—a series of madcap installations and performances informed by his surroundings—on the city’s Lower East Side. These environments included The Street (1960), The Store (1961), and Bedroom Ensemble (1963). Following his work with props in these Happenings, Oldenburg began creating his iconic soft sculptures, which charted new frontiers in the medium, upending its traditional contents, forms, and materials.

Oldenburg first exhibited with our gallery in 1962, and he had his first solo exhibition with us in 1964, featuring works from The Store. We have presented Oldenburg’s work in some 30 exhibitions and produced seven catalogues dedicated to his practice.

In 2021, we presented Dropped Bouquet (pictured above), Oldenburg and van Bruggen’s final work together, conceived toward the end of van Bruggen’s life.