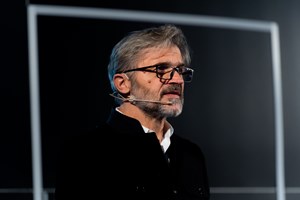 The Polish Ministry of Culture has announced its decision not to renew the appointment of Jaroslaw Suchan as director of the Museum Sztuki in Lodz. The international community is extremely concerned and confounded by this decision, given that Jaroslaw Suchan has been an outstanding museum director.

The Polish Ministry of Culture has announced its decision not to renew the appointment of Jaroslaw Suchan as director of the Museum Sztuki in Lodz. The international community is extremely concerned and confounded by this decision, given that Jaroslaw Suchan has been an outstanding museum director, who has played a critical role in developing the legendary Museum Sztuki into an international reference, building on its historical profile and situating the museum within an international context.

In Jaroslaw Suchan’s place, the Ministry of Culture has appointed an interim director on a contract until November this year. As the appointed interim director has no prior experience in leading public institutions and has no international profile and network, he is clearly unsuitable as a museum director and it can only be assumed that this is a temporary measure until a new director is appointed in November.

We thereby appeal to the Polish Ministry of Culture to organize a proper search and competition for the director of Museum Sztuki in the coming months and to reflect on the high standards and expectations for the next director. This person should have a proven track record of leading a major institution, be a respected art historian and curator, as well as, someone who can connect the Polish art community and its traditions to the international scene today.

We hereby publish the letter we have previously sent to the governing authorities:

On the 23rd of February 2022 Mami Kataoka, President of CIMAM and on behalf of the Museum Watch Committee, sent two letters to Mr. Grzegorz Szrajber, Marshal of the Lodz Voivodeship, and Prof. Piotr Glinski of the Ministry of Culture and National Heritage to express the deep concern of the Committee about the termination and temporary extension of the contract of the director Jaroslaw Suchan until October 2022, which placed the Muzeum Sztuki of Lodz in an extremely precarious situation.

At the time, Mami Kataoka stated, "We are very concerned that a change in the position of director at this time will undermine the position of the museum, which for more than a decade has successfully fulfilled its mission, both locally and internationally."

Today, Friday, April 29, 2022, and given the dismissal of Jaroslaw Suchan as director of the Muzeum Sztuki of Lodz, the CIMAM Museum Watch Committee makes public the letters sent to the Ministry of Culture and the Marshal of the Voivodeship with a new statement signed by Mami Kataoka appealing and advocating for best practices in the museum governance of the Muzeum Sztuki of Lodz in organizing a proper competition in the course of this year.

CIMAM – International Committee for Museums and Collections of Modern Art, is an Affiliated Organization of ICOM.