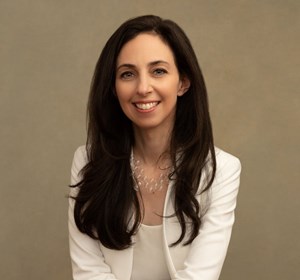 Christie’s has announced the appointment of Natasha Le Bel as Global Head of Communications.

A native New Yorker with a global viewpoint, Natasha brings to Christie’s twenty years of experience providing strategic counsel and developing communications campaigns for cultural clients including major museums, performing arts organisations, educational institutions, foundations, auction houses, artists and architects. Previously she was an Executive Vice President at Finn Partners, where she served as a senior leader for their Polskin Arts & Communications Counselors division, specializing in cultural public relations. During her time there, Natasha developed integrated strategies to advance her clients’ visions and goals and to analyze perceptions that impact reputation and brand. She worked on the opening of more than fourteen new buildings for museums, concert halls and cultural organisations, including The Whitney Museum of American Art and The Museum of Modern Art.  She developed and executed communications initiatives for major corporations engaged with the arts, as well as for non-profits such as the Guggenheim Museum, The Studio Museum in Harlem, the Albright-Knox Art Gallery and the Andy Warhol Foundation for the Visual Arts. In addition, she has previous experience working with Christie’s in a strategic communications capacity.

Natasha received a B.A. with honors from Yale University in the History of Art.  Prior to her agency role, she was director of communications for the Corcoran College of Art and Design in Washington, DC.  Natasha’s poetry was selected by Adrienne Rich for inclusion in The Best American Poetry 1996, published by Scribner. She has also studied drawing at the Rhode Island School of Design and has worked at fine art galleries and museums in New York and Washington. Her transatlantic American and French family lives in both Brooklyn and Switzerland.

“It is a privilege to join Christie’s at such an extraordinary time,” Natasha commented. “This passionate, brilliant and dedicated leadership team is reimagining what it means to be truly global, connecting and serving clients around the world through innovative new platforms and services that demonstrate that Christie’s is much more than an auction house. I’m thrilled to come aboard to help the company tell this story.”