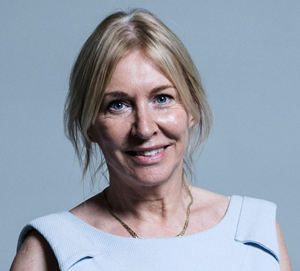 Nadine Dorries is to step down as secretary of state at the Department for Digital, Culture, Media and Sport (DCMS) after a year in the role.

Nadine Dorries is to step down as secretary of state at the Department for Digital, Culture, Media and Sport (DCMS) after a year in the role.

The MP for Mid Bedfordshire submitted her resignation letter today ahead of Liz Truss’s appointment as prime minister.

Dorries said she had been asked to stay on as culture secretary but had told Truss she would “be better placed to support her from outside of the cabinet”.

In her resignation letter, she wrote: “The department I leave behind is truly wonderful. It is filled with civil servants who are bursting with drive and talent and together we have achieved so much.”

Dorries said that although many underestimate DCMS, the department “packs a mighty punch”.

She said that levelling up had been central to her agenda as culture secretary and she had been determined to “ensure that those who thought theatres, museums, art galleries and libraries were not places for them felt welcome”.

The next incumbent will face a full in-tray, with cultural leaders calling for urgent action to help the sector through the cost of living crisis.