Brett Rogers, OBE, to Step Down as Director of The Photographers’ Gallery 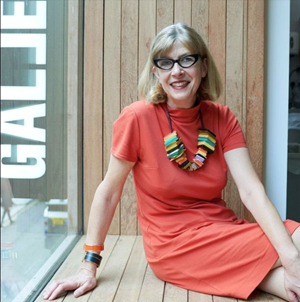 From 2006 - 2022, Rogers’ expansive vision and influential leadership at The Photographers’ Gallery has led to a range of momentous cultural presentations and institutional developments, both in London and abroad, taking place through a period of huge social, technological, and artistic transition for the photographic medium.

Following the success of The Photographers’ Gallery’s 50th anniversary programme in 2021 and the launch of Soho Photography Quarter - the Gallery’s ambitious new free, permanent outdoor exhibition space, which opened last month, Rogers’ planned departure marks the end of an extraordinary period of growth and creative evolution for the internationally acclaimed Gallery - founded in 1971 as the UK’s first public gallery dedicated to photography.

From 2006 - 2022, Rogers’ expansive vision and influential leadership at The Photographers’ Gallery has led to a range of momentous cultural presentations and institutional developments, both in London and abroad, taking place through a period of huge social, technological, and artistic transition for the photographic medium. Brett plans to maintain a connection with the photography world in a reduced capacity following her departure.

Brett Rogers’ key achievements have included, but are not limited to:

• The re-location of The Photographers’ Gallery in 2012, taking the Gallery from its first home in Great Newport Street to its current, purpose-built 5-floor space, with a dedicated floor for learning, designed by award winning Irish Architects O’Donnell + Tuomey. It is housed in a former textiles warehouse on Ramillies Street, in the heart of London’s vibrant West End.

• The launch of Soho Photography Quarter, a free and accessible public realm space in the streets surrounding the Gallery. Following 5 years of planning, the new space and bi-yearly programme of large-scale, public realm artworks and activities, including large-scale art friezes, cross-street banners and moving image projections, provides a unique opportunity for the Gallery to extend its programme outside, enabling wider audiences to experience some of the most innovative and dynamic artists working today.