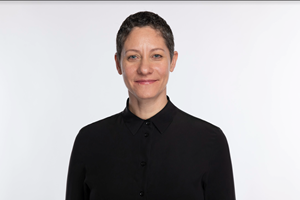 The Institute of Contemporary Arts has appointed Bengi Ünsal as its new director. In March 2022, she will become the first woman to serve as the organisation’s director in 55 years.

The Institute of Contemporary Arts has appointed Bengi Ünsal as its new director. In March 2022, she will become the first woman to serve as the organisation’s director in 55 years.

The first director appointed under the chairmanship of Wolfgang Tillmans, Bengi joins the ICA as it prepares to celebrate its landmark 75th anniversary. Ünsal’s arrival heralds a new era for the organisation, and a rebalancing of its multidisciplinary programme across all arts, all media and all spaces of the ICA’s building on The Mall.

Alongside the ICA’s thriving visual arts, film and education programmes, Bengi will look to commission, produce and present a broader range of live performances; to build on the success of the ICA’s recent night-time programming; and to further expand the digital arts programme that grew during the COVID-19 pandemic with the launch ofmthe Cinema 3 digital platform.

During Bengi’s tenure at the Southbank Centre, she has been responsible for a year-round programme of more than 200 contemporary performances that won critical acclaim. Her responsibilities have included overseeing the annual Meltdown festival, with guest curators MIA (2017), Robert Smith (2018), Nile Rodgers (2019) and Grace Jones (planned for 2020, postponed to 2022 due to COVID-19); launching new initiatives including Purcell Sessions, a series dedicated to multidisciplinary artistic innovation; Concrete Lates, the Centre’s first late-night series; and futuretense, a high-profile public performance platform presenting the best untapped talent in British and international music. Ünsal also commissioned works such as Cowpuncher (2018) and Cowpuncher My Ass (2020), which brought together choreographer Holly Blakey, composer Mica Levi and designer Andreas Kronthaler for Vivienne Westwood.

Before joining the Southbank Centre in 2016, Bengi was the Artistic & Managing Director of Istanbul's live performance and multi-arts venue, Salon IKSV, where she built the brand from scratch – successfully raising 100 per cent of its funding entirely from brand partnerships, sponsorships and ticketing income. She has also served as the Managing Director of Doublemoon Records in Istanbul, run her own events company, launched a festival, and worked for radio stations, music TV channels, Universal Music and BMG. A trustee of the Music Venue Trust and the Nest Collective, Bengi takes over at the ICA from Stefan Kalmár, who served as the ICA’s Director from 2016 until 2021.

Bengi Ünsal, incoming ICA Director, said: ‘I am incredibly proud to be joining one of the most iconic and progressive organisations for contemporary arts in the world, one that is such an inspiration to me and so many others. ‘We are living through a time that is challenging everything we know about work, life, the world, our connectivity. In a time of such questioning, it is vital that the space for culture, art, and expression is safeguarded to help us make sense of it all. We need our cultural institutions to be the platforms which allow artists to do just that. Artists of today are genre-fluid and connected, their expression limited only by their imaginations. The ICA, with the diversity of its spaces and specialists, can become a home for these artists to create and inspire; a space where our rapidly evolving communities are more truthfully represented and welcomed; a hub for creative encounters.

‘After all, this is the ICA’s legacy. From the Independent Group to musicians, filmmakers, and thinkers, for 75 years, this has been a place where artists could be bold and challenge the status quo. I look forward to working with my incredible new colleagues to shape its future as a platform for independent, contemporary art and culture and the ultimate home for cultural expression globally.’

Wolfgang Tillmans, ICA Chair, said: ‘My colleagues and I are enormously excited that Bengi has agreed to join us at this crucial moment in the ICA’s history. Bengi has already started developing and sharing her ideas and plans on how she will shape a programme across all artforms and all areas of our building, taking the organisation back to its multidisciplinary heyday with a programme rooted firmly in the here and now. I can’t wait to see what she brings to the ICA.’