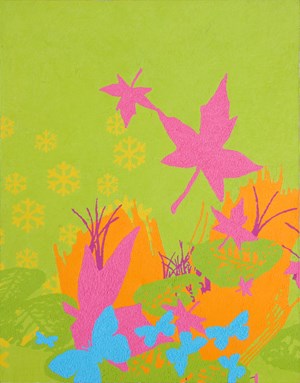 The Slovenian government has canceled an exhibition of Slovenian artists in Brussels at the European parliament. One of the artists, Arjan Pragl, shares his thoughts on this.

The Slovenian government has canceled an exhibition of Slovenian artists in Brussels. For the last 10 years the country holding the presidency of the European Union is the country that takes responsibility for organising the exhibition, but it is alleged that the Slovenian government has concerns over the works of one of the exhibiting artists: Arjan Pregl. ArtDependence has reached out to the Slovenian Ministry of Culture for comment but has not yet received a response.

"The Minister of Culture (he stressed that it was his decision alone) has canceled the exhibition with the excuse that he was not informed about the inclusion of six artworks already in the EU parliament’s collection," says Mr Pregl in a statement to ArtDependence. "Unofficially, it is thought that he had a problem with one artist."

"In the last couple of days the pro-government media (or even media under the ownership of the ruling SDS party) have launched a smear campaign, spreading lies about me, my family and my work. These articles or hateful tweets were also (re)tweeted by the Prime Minister Janez Janša, the Minister of Internal Affairs, journalists and hundreds of pro-government internet trolls. In light of this, everyone can have their own opinion about the reason behind the cancelation."

"It is of course ironic that this painting of mine (from 2006) is not related to any political work I have done, it is a painting based on the idea of human involvement in nature. It is actually a very bright, colorful painting … then again, this brightness is the exact opposite of the dark mood of the current political situation."