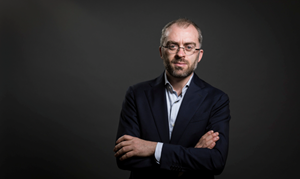 Artissima is has announced the new director, Luigi Fassi, age 44, who will lead the International Contemporary Art Fair of Torino for the next three editions, 2022–24.

Artissima is has announced the new director, Luigi Fassi, age 44, who will lead the International Contemporary Art Fair of Torino for the next three editions, 2022–24.

The Board of Directors of Fondazione Torino Musei, following the international call for the appointment of the new artistic director of Artissima has selected Luigi Fassi as the ideal candidate to guide the upcoming editions of Artissima, based on the professional background and the project proposed.

Maurizio Cibrario, President of Fondazione Torino Musei, says: I am certain that this appointment will lead to expansion of the role of the Fair on an international level. I would like to express my deepest gratitude to Ilaria Bonacossa for her dedication in leading the fair over the last 5 years and for the engagement with multiple interests existing in the City of Torino, in a fertile and productive network of relationships.

Luigi Fassi succeeds Ilaria Bonacossa, who has directed Artissima for five years, having secured a three-year appointment, which was extended for two further editions. However, the public nature of the fair called for a new appointment.

Bonacossa says: After five years, I cannot but feel satisfied by the successes and the countless challenges overcome and shared with a team that is the envy of the entire art world. I would like to thank Fondazione Torino Musei and all the stakeholders with whom we have worked over these years for their support and trust I am certain that the new director of Artissima, Luigi Fassi, with his curatorial and managerial experience in public institutions, will guarantee full continuity for the future growth of the fair. Turin and contemporary art are an inseparable and strategic match, for the future of the city and the region.

New director Luigi Fassi declares: I would like to thank Fondazione Torino Musei and the City of Torino for their vote of confidence in my selection as the new director of Artissima, an institution that represents a spirit of vitality and innovation, a drive towards the future that has always been a part of my outlook. I approach this new role in full awareness of the responsibility it represents, relying on the force of enthusiasm to move forward with the history of Artissima, based on the work of those who came before me.