An Exhibition by Leading International Artist, Jenny Saville to be Presented in Florence, Italy 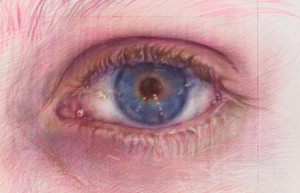 This exhibition will be a unique encounter between the historical and the contemporary, that will invite the public to discover the work of Jenny Saville (b. May 7, 1970, Cambridge) through paintings and drawings from the 1990s through to work made especially for the exhibition.

An exhibition project conceived and curated by Sergio Risaliti, Director of the Museo Novecento, in collaboration with some of the major museums of the city: Museo di Palazzo Vecchio, Museo dell’Opera del Duomo, Museo degli Innocenti, and Museo di Casa Buonarroti. The exhibition is promoted by the Municipality of Florence, organized by MUS.E and supported by Gagosian. A unique encounter between the historical and the contemporary that will invite the public to discover the work of Jenny Saville (b. May 7, 1970, Cambridge) through paintings and drawings by the artist from the 1990s through to work made especially for the exhibition.

Saville transcends the limits between the figurative and the abstract, between the formal and the gestural, evincing a contemporary humanism that puts the figure at the center of the history of art. Like no other artist of our time, she has left postmodernism behind to reconstruct a close connection with the great European pictorial tradition, in constant discourse with the modernism of Willem de Kooning and Cy Twombly, and the portraiture of Pablo Picasso and Francis Bacon.

The exhibition will reveal a dialogue between Saville and the art and artists of the Italian Renaissance, including some of Michelangelo’s greatest masterpieces. Correspondences include the monumentality of her paintings, a distinctive feature of Saville’s figurative language since the early years of her career, as well as her research focused on the body, on flesh, and on naked female subjects, mutilated or crushed by weight and from existence.

In the rooms of the Museo Novecento, between the ground floor and the first floor, an outstanding series of paintings and drawings will be exhibited. The works cover a wide period, from the early 2000s to the last few months. Through a new window, Saville’s Rosetta II (2005–06), a monumental portrait of a young blind woman known by the artist and portrayed as a blind cantor or a mystic in ecstatic concentration, will be visible day and night, above the altar inside the former church of the Spedale. This display will create a dialogue—strongly desired and sought by the Director of the Museum—with Giotto’s wooden crucifix suspended in the center of the nave of the Basilica of Santa Maria Novella, clearly visible from the outside of the churchyard when the Dominican church portal remains open. 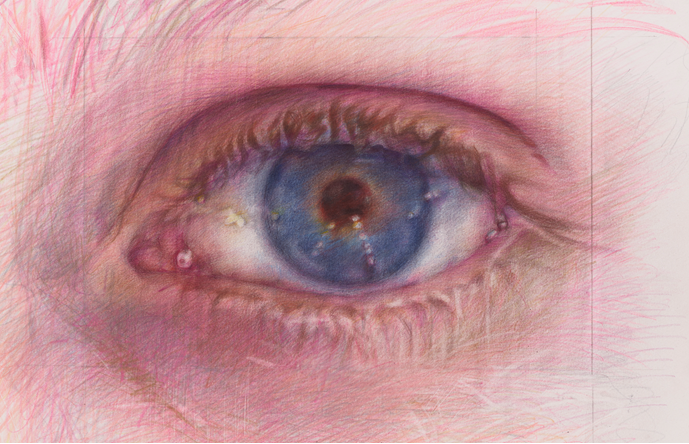 The Salone dei Cinquecento in the Museo di Palazzo Vecchio will present the monumental work Fulcrum (1998–99), which established Saville as a major contemporary painter when it was shown in her first solo exhibition, Jenny Saville: Territories, presented at Gagosian in New York in 1999. Here Saville’s great painting will enter into contrasting dialogue with the masterpieces gathered in the sublime setting of the Salone delle Battaglie, which celebrates the victories of the Florentines against their Tuscan opponents and is enriched by the presence of sculptural depictions of the Labors of Hercules (1562-1584) by Vincenzo de’ Rossi, as well as by Michelangelo’s Genius of Victory (1532–34). Formally, Fulcrum is comparable with the language of sculpture, given the work’s monumental dimensions and the plasticity of the figures. The entire surface of the painting is occupied by the bodies, by flesh; the faces and individualities of the three women are barely distinguishable.

Saville’s passionate and engaging dialogue with Michelangelo’s work and iconography reaches its climax at the Museo dell’Opera del Duomo in Florence, part of the monumental complex of the Opera di Santa Maria del Fiore. Here, in the room with the Bandini Pietà (c. 1547–55), one of Michelangelo’s last works, will be a large drawing by Saville, about three meters tall, which she was inspired to create after a visit to Florence two years ago. The smooth and shining body of Christ, with its disjointed pose, the loving expression of Nicodemus, who supports the weight of the Messiah, and the contained torment of the Mother in Michelangelo’s Pietà find in Saville’s drawing Study for Pietà (2021) a counterbalance animated by the intense gazes of the characters holding up a young boy, perhaps a victim of political or ideological barbarism, perhaps a migrant, an antagonist, or a martyr of terror.

Avoiding identifying space and time, drawing the figures without clothes or recognizable signs of social, political, or ethnic belonging, Saville presents a contemporary but equally universal and archetypal version of the condemnation of human violence, giving dramatic voice to the theme of the Pietà, the experience of mourning and grieving. Study for Pietà is a Vesperbild both current and timeless, conveying the same universal poetic tragedy as one of the sculptural groups created by Michelangelo in the late phase of his artistic career.

Similarly, the conception of the female figure in relation to motherhood is contained in the “triptych” grouping at the Museo degli Innocenti. Installed alongside Luca della Robbia’s Madonna and Child (c. 1445–50) and Botticelli’s youthful work Madonna and Child with an Angel (1465–67), Saville’s large painting The Mothers (2011) reveals, with an evocative impact, the the timeless immediacy of this theme. The works are housed in a building designed by Brunelleschi for welcoming abandoned children and dedicated to the promotion and protection of children’s rights. Here a second large painting, Byzantium (2018), will be exhibited, a different version of the Pietà, in which the lines, accompanied by interventions of color, seem not to stop searching for the right pose, following the movement of the bodies.

In the rooms of the Museo di Casa Buonarroti, a place of memory and celebration of Michelangelo’s genius, Saville’s drawings Study for Pietà I (2021) and Mother and Child Study II (2009) present a conscious homage to Michelangelo’s Sketches (1517–20). There are, however, drawings in pastel such as Aleppo (2017–18) and Compass (2013) where the themes central to Saville’s poetics, so tenaciously linked to contemporaneity, remain. A new drawing by Saville will be presented alongside Michelangelo’s most famous and admired work on paper, the “cartonetto,” Mother with Child (c. 1525). This dialogue between artists is completed by two sketches on ground, one attributed to an artist from Michelangelo’s circle and the other by Vincenzo Danti, a small-scale reproduction of the Medici Madonna, as well as a couple of small studies by Michelangelo for a Transfiguration and an Etruscan cinerary urn.

Considered an heir to the so-called “London School” of painters, such as Francis Bacon, Lucian Freud, and Michael Andrews, Saville is committed to the idea that the potential of painting is still to be explored by overcoming the distinctions between abstraction and figuration, and between expressionism and informalism. Always in search of the truth in painting to expose the truth of the body’s expressive immanence, Saville collects photographs and clippings from newspapers and catalogues, mixing imagery of art history and archeology, science and news, without creating hierarchies or distinguishing between beauty and abjection, brutality and beauty, tenderness and cruelty. Her subjects belong to the classical tradition: faces, naked bodies, groups of figures, reclining or standing figures, maternal scenes, and couples presented in poses reminiscent of Etruscan, Egyptian, or archaic art.