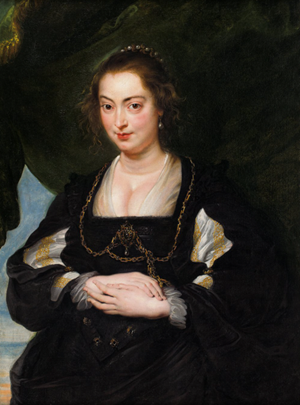 An auction that will go down in the history of the Polish art market will be held on 17 March 2022 in Warsaw. The 17th-century Portrait of a Lady by Peter Paul Rubens will go under the hammer at DESA Unicum, the leading auction house in Central and Eastern Europe.

An auction that will go down in the history of the Polish art market will be held on 17 March 2022 in Warsaw. The 17th-century Portrait of a Lady by Peter Paul Rubens will go under the hammer at DESA Unicum, the leading auction house in Central and Eastern Europe. With an estimate of PLN 18–24 million (EUR 3,9–4,8 million), this distinguished canvas by the Baroque master may become the most expensive work of art ever sold in Poland, and is expected to attract the attention of art collectors not only from the region, but also from around the world. Portrait of a Lady, maintained for four centuries in the collections of European aristocrats, financiers and well-known collectors, will be shown publicly for the first time since 1965 at the exhibition preceding the auction.

The presentation of the "Portrait of a Lady" by Peter Paul Rubens is an extraordinary event in the context of the global art market. The painting, exhibited in public in 1965 for the last time, in its 400-year history belonged to the collection of eminent European aristocrats, magnates and the royal family, and was the object of interest to renowned British and French art dealers.

Sometimes referred to as ‘The Chandos Rubens' or ‘The Stowe Rubens', this exquisite work was customarily described as a portrait of Rubens' first wife, Isabella Brant (1591-1626). The specific type of jewellery depicted in the portrait – a brooch that was in fashion in 17th-century Europe - may indicate a connection between the portrayed model, Portugal as well as with the Duarte jewellers' family of Antwerp.

The "Portrait of a Lady", created by the master with the participation of the workshop, comes from the period of the greatest prosperity of his Antwerpian studio. Rubens, an artist and a diplomat, gained considerable fame in 17th-century Europe. " Soon after its creation the "Portrait of a Lady”, found its way from Antwerp to the British Isles. Its owner became Sir Peter Lely (1618-1680), a leading English painter of 17th century, a learner of Anton van Dyck and a collector. For over 160 years it remained in one of the most magnificent aristocratic mansions in modern England called the Stowe House. In the following decades the “Portrait of a Lady” was passed from one dealer’s hand to another, as Wynne Ellis or Martin Colnaghi, to be eventually acquired to a Parisian collection of Jules Porgès (1839-1921) - a mining tycoon and an avid collector of precious stones and Dutch and Flemish masters. 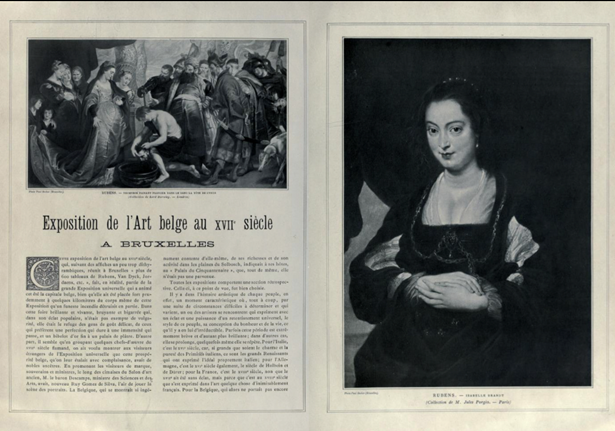 Shown at two exhibitions dedicated to Rubens and the art of the 17th-century, one taking place in 1910 and another in 1965, the "Portrait of a Lady" disappeared for several decades in the collection of the Egyptian royal family, which after the 1952 revolution permanently settled down in Paris. The readers of „Elle” magazine could admire the painting in one of 1957 issues in which „Portrait of a Lady” is visible hanging in an apartment of Prince Mohammed Ali Ibrahim and Princess Hanzade. The painting, known to connoisseurs and researchers from some early historical sources, has recently been kept hidden in a private collection. The technological research carried out between 2019 and 2020 revealed, among others, that the artist made changes to the composition, introducing the so-called pentimenti. The restoration works also brought back the former splendour of the master’s portrait. „Portrait of a Lady” has appeared at the auctions in London for four times: in 1682, 1848, 1872 and 1876. Auction in DESA Unicum is its first auction sale since almost 150 years.

“The presentation of Portrait of a Lady by Peter Paul Rubens in Warsaw is an event of huge importance for the art market,” said Juliusz Windorbski, President of DESA SA. “This work, nearly 400 years old, has remained in private hands in recent decades, and has not been shown publicly since 1965. Portraits by the Flemish painter rarely appear in Europe, and a work of art with such huge historical, artistic and investment value has never been shown before in Poland. This distinguished work, with a model provenance and confirmed authenticity, can reinforce Poland’s already strong position on the auction map of Europe. Last year alone, DESA Unicum exhibited works by such world-renowned figures as Auguste Rodin and Chen Wenling.”