Laura Focarazzo is a video artist and independent curator, based in Buenos Aires, Argentina. Her works include experimental films and videos. She uses the sounds as a 'script' for the construction of non-narrative pieces. She collaborates with local and international sound artists. She works with her own field recordings and abstract images as raw materials in the construction of her videos.

Laura Focarazzo is a video artist and independent curator, based in Buenos Aires, Argentina. Her works include experimental films and videos. She uses the sounds as a 'script' for the construction of non-narrative pieces. She collaborates with local and international sound artists. She works with her own field recordings and abstract images as raw materials in the construction of her videos.

As an independent curator she has been working in curatorial projects for the TENT - Little Cinema Int. Festival for experimental films and new media- in Calcuta, India; Strangloscope -mostra internacional de audio, video/filme & performance experimental in Florianópolis, Brasil and the [.BOX] Videoart project space in Milano, Italy.

She is currently researching in the field of the electronic arts.

She is a member of the international audiovisual group: “The Exquisite Corpse Video Project”.

One of her videos has been included at Daata Editions, an online art platform that commissions video, sound, poetry and web.

ArtDependence (AD): Do you have any thoughts on whether that’s a responsibility of artists, reflecting our time is important within the political context?

Laura Focarazzo (LF): In my opinion, the responsibility of the artist lies in questioning the hegemonic narrative and the way of seeing.

Art, culture and aesthetic experience are revealed to me as wide and flexible concepts to understand that every society is a carrier of diversity of different and equally valuable cultures.

AD: What is your main interest as an artist? What form of self-consciousness is applicable to the art-making?

LF: In my audiovisual pieces I try to provide poetic and sensory experiences in a dialogue with the beholder's unconscious by evoking chaos as a place to live endless possibilities.

I have found that in my own creative process, synchronicity and randomness are powerfully variables. 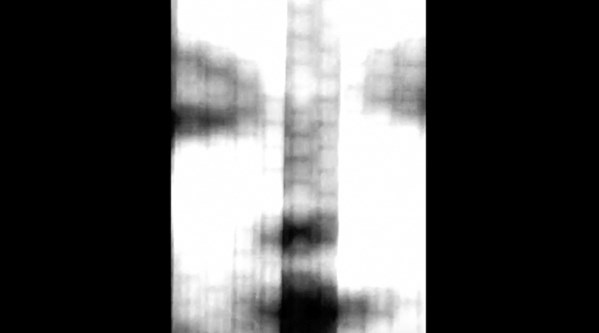 The Uninvited by Laura Focarazzo, 2015

I think it is impossible to split the artistic work of our matrix of meaning. Therefore our beliefs and ideology are present in everything we do. This also happens to the beholder. Establishing readings about a piece of art demands to be trained in the way of seeing and that depends on the socio-cultural context of the observer.

Lao Tzu in the Tao Te Ching says: “Act without expectation". I considerer that my work could be framed in the Taoist philosophy.

LF: Currently, I am working on an audiovisual project that involves sound artists from different countries. They have been invited to collaborate by selecting my sound recordings and they have developed a kind of "sound script" on which I work the images. I look for the visual dimension of the sounds surrounding me because they have a great evocative capacity and it can grant a kind of anchoring to the viewer when dealing with experimental, non-narrative works.

My main interest lies in the making of a piece that can provide some kind of poetic experience to the beholder. At the moment of starting a new piece I follow what the filmmaker Werner Herzog says: "Find where raw life is". 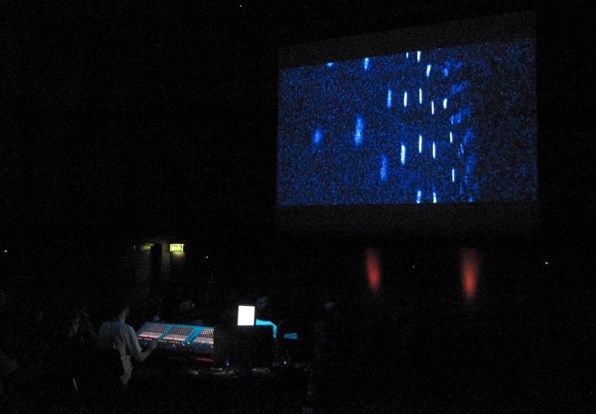 LF: I think it is a priority to educate in creativity, the critical spirit and divergent thinking in order to provide skills to make possible to express our ideas and point of views.

I prefer not to consider myself as a creator in the terms of that category.

I try to interpret and express my way of seeing the world through my videos.

AD: Do you think that by challenging conventional views, art can truly make a change in the public’s perception?

LF: Absolutely. Art contributes to change the way of seeing, and to the formation of citizens sensitive to the reality that surrounds them. I consider arts as complex cultural constructions and open to different social groups.

For that reason, I think that allowing the right to equal access to the arts and culture is essential for the construction of a more fair and human society.

AD: How has your work developed since you began and how do you see it evolving in the future?

LF: I made my first videos by working with sound artists from different countries. I contacted them through the Internet and after ten years I am still working in collaboration with them.

I think the biggest challenge in my video art work lies in developing a powerful idea in a short period of time by trying to amalgamate images and sounds in a single shot, without cuts.

In recent years I understood that I should reduce the duration of my work. First of all, because I pretend that my videos work as a kind of haiku and secondly, because usually my works are exhibited in galleries or museums along with other pieces and sound and visual stimuli so it is imperative to hold the attention of an increasingly erratic and dispersed audience. 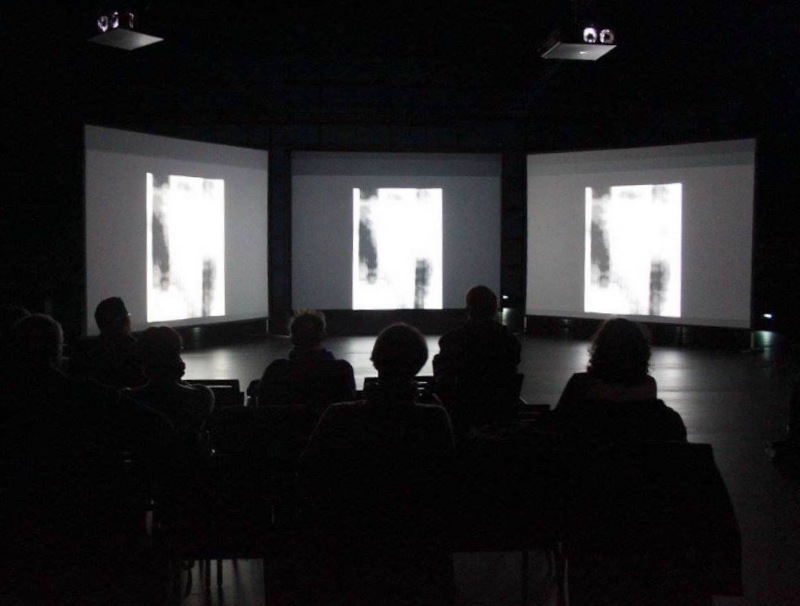 The Uninvited at ZKM, Karlsruhe, Germany, 2017

AD: Is sophistication, aesthetic accomplishment in the eye of the beholder?

LF: Talking about sophistication or aesthetic achievement supposes talking about categories. The German philosopher Boris Groys affirms that the contemporary beholder is a kind of traveler, a subject that no longer has temporary resources, whose contemplative life is in permanent circulation and that condition can hardly lead to any aesthetic judgment.

I think an interesting exercise would be to think the way the binomial "memory- anachronism" operates in the eye of the beholder.

As an example, we can think about those wonderful pieces of sacred art - which were made during the Spanish colonization in the territory occupied by ancient pre-Hispanic cultures - as art pieces, but in fact, those were propaganda material for the Catholic Church.

who looks at them. As the French historian and philosopher Didi-Huberman maintains, the notion of anachronism has been defined as the intrusion of one epoch into another to bring about the rupture of the linearity of the historical narrative.

LF: As the Argentinian anthropologist Colombre says, the human being has two ways to know the world: the analytical way and the symbolic one, and both of them are complementary and illuminate different edges of reality.

In my opinion the role of art is to reveal what is hidden from us so that we can interpellate what surrounds us.

"I do not know what brought me here

Away from where I’ve hardly ever been and now Am never likely to go again.

Faces are lost, and places passed At which I could have stopped, And stopping, been glad enough.

Some faces left a mark,

To make their futures work,

But it’s hard to guess

How one person on another Works an influence.

We pass, and lit briefly by one another’s light Hope the way we go is right." 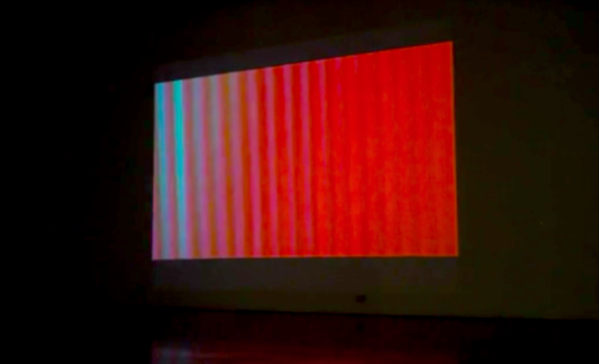 Behind the Limits by Laura Focarazzo, 2012

LF: Art schools have always been functional to the canonical narrative of art and to the transmission of knowledge and techniques that crystallize certain forms of artistic production.

For example, the place of women in the historiography of art remains unequal and this is due to the continuous reproduction of cultural mechanisms that obey the perspective of the patriarchal bias. So the biggest challenge is to be able to question the hegemonic narrative that operates on us, whether at the moment of generating a work, when we are spectators or in my case, when I work as a curator of art.

LF: The art world is complex and certain circuits of exhibition and forms of production have always been elitist. Our artistic activity is shared with the public on a daily basis. The networks make impossible to distinguish the representation of the everyday from the everyday itself. Therefore, as Boris Groys says, to detect in those "weak practices' a piece of art is a great challenge.

In this context, artists are content to gain visibility, "to be seen", as a kind of future “investment” where in the best of the cases they could receive a remunerated payment for their works.

In the case of experimental films and videos, I think it is even more complicated. Most of the time our works are shown without any kind of fee in order to get some kind of inclusion in renowned festivals, but we are not even allowed to release them for public viewing in the networks, which results in a controversial paradox.

Fortunately, some interesting opportunities are taking place for the new generation of artists who work with moving image and sound. A few years ago I was contacted by Daata Editions, a platform that proposes an alternative for private collecting at fairs, galleries and museums.

Daata Editions commissions video, sound, poetry and web artists. This is a new and innovative way to collect art where the artists receive a payment and royalties for their work.

My experimental video "The God's machine" is part of the Daata Edition's collection.

LF: I am completting a Masters Degree in Curatorship in Visual Arts at the National University of Tres de Febrero - UNTREF, Argentina - . My thesis is based on the field of electronic arts.

About Untref, it is an Argentine public university that organizes the BIENALSUR, an International Contemporary Art Biennial of South America that simultaneously connects the public from the five continents.

Currently I am focusing on reading academic texts. I would like to recommend the books by the French philosopher and art historian, Didi-Huberman.

As a curator my goal is to make exhibitions that propose new ways of seeing and open readings for the audience.

As a human being and artist, "I hope the way I go is right".