Karel van Mander Prize Awarded to a Member of Boijmans’ Team: At the Forefront of Art Historical Research 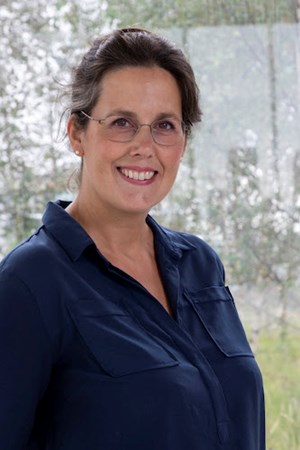 Sandra Kisters, Head of Collections and Research at Museum Boijmans Van Beuningen, Rotterdam, has won the prestigious Karel van Mander Prize 2020, for her publication about the perception and representation of artists.

Sandra Kisters, Head of Collections and Research at Museum Boijmans Van Beuningen, Rotterdam, has won the prestigious Karel van Mander Prize 2020, for her publication about the perception and representation of artists.

The Karel van Mander Prize
At the annual Art History Day hosted by the Association of Dutch Art Historians (VNK) on Friday, 30 October, the Karel van Mander Prize was presented to Sandra Kisters (b. Venlo, 1973), a member of the Management Team and Head of Collections and Research at Museum Boijmans Van Beuningen. She won the prize for her 2017 publication, released by Valiz: The Lure of the Biographical: On the (Self-) Representation of Modern Artists. The Karel van Mander Prize is regarded as the most important prize for art history in the Netherlands. The VNK has awarded this accolade for a outstanding scholarly publication on art history on an annual basis since 1958.

The Lure of the Biographical: On the (Self-) Representation of Modern Artists
In her publication Kisters uses three detailed case studies to demonstrate the mechanisms and strategies that play a part in the creation of the image of artists. She takes the work and image of the French sculptor Auguste Rodin, the American artist Georgia O’Keeffe and the British artist Francis Bacon as her examples, investigating how these artists deployed their personal history to make a name for themselves and how they tried to influence the way in which their artistic oeuvre was interpreted.

To quote the jury report for the 2020 Karel van Mander Prize: "This mature study by Kisters constitutes a wonderful synthesis of classic art history, historical context and modern insights. A contemporary interpretation of the work of the writer this prize is named after – Karel van Mander, the seminal biographer of artists – and thus the jury’s favourite for the Karel van Mander Prize 2020."

Sandra Kisters
Sandra Kisters is an art historian who has served as Head of Collections and Research at Museum Boijmans Van Beuningen in Rotterdam since 2015. She has previously worked as a lecturer in modern and contemporary art at Utrecht University, the Radboud University in Nijmegen, and the Vrije Universiteit Amsterdam. In 2010 she obtained her doctorate from the Vrije Universiteit Amsterdam for the thesis that served as the basis for this publication, for which she has now received the Karel van Mander Prize. 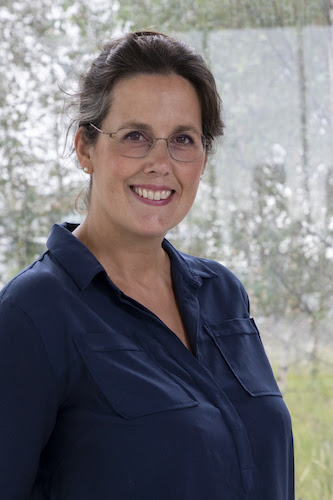 Boijmans as a hub for research and training
In her role as Head of Collections and Research, Kisters is keen to demonstrate that valuable art-historical research is not just the preserve of universities, but is pursued by museums as well. Museum Boijmans Van Beuningen shares this ambition and regards research into its own history and collection, which now encompasses more than 151,000 artefacts, as one of its core responsibilities. The museum has been closed since May 2019 for large-scale renovation, but the research continues apace. This year, for example, curator Els Hoek has produced a publication about the American artist James Lee Byars, which is part of the series of scholarly Boijmans Studies that have been published since 2007. Kisters is a member of the editorial board for this series of publications, which feature contributions from Boijmans’ own staff as well as external experts, a total of fourteen studies thus far. Over the coming years these will be complemented by several scholarly publications in digital form, such as catalogues raisonnés of the museum’s sub-collections of Surrealist art and Italian drawings. Moreover, the four restoration studios in the depot – set to open in September 2021 – will be accommodating major restoration projects, underpinned by academic research. Besides providing space for such art-historical research to be conducted and documented in publications, Boijmans offers young art historians the opportunity to train as researchers or curators. The museum is currently overseeing a variety of research projects in conjunction with junior researchers, including a study of Giovanni Battista Piranesi’s prints.

Sjarel Ex, Director: “The museum is proud of Sandra Kisters and the way in which she shapes and supports the museum’s scholarly attainment and level of expertise.”

The Association of Dutch Art Historians
The Association of Dutch Art Historians (Vereniging van Nederlandse Kunsthistorici, or VNK) was founded in 1939 and is devoted to supporting art historians in the Netherlands and the pursuit of the profession of art historian. The VNK also supports education and research in art history in order to raise the discipline’s public profile. The association also ensures that art historians from every discipline can meet one another, thus facilitating the interchange of knowledge as well as debate and advice about issues related to the discipline.